Sydney FC W-League coach Ante Juric says playing the W-League decider at home will boost his players performance, but added that the six AFLX games taking place the night before is a concern.

Allianz Stadium will host six AFLX matches featuring the Sydney Swans and Greater Western Sydney the day before the W-League Grand Final prompting fears about how the pitch will hold up.

Adelaide United officials were angered that a number of AFLX games were played at Coopers Stadium last night,  just two days before their A-League home game against Central Coast Mariners.

And Sydney W-League coach Juric is also worried about the effect of the short format matches will have on the Allianz Stadium surface less than 24 hours before the W-League decider.

“I hope we do get a good crowd,” he said speaking to FourFourTwo.

“But my business is to get the girls on the field for this game and I’m happy with the field because it’s a good field.

“A bit of a concern is that the AFL is on the night before but again that doesn’t matter.

“Ask me a question after the grand final, it might be a lot different.”

In the final game of the regular season, the 2519 crowd for the Sydney Derby at Seymour Shaw was the Sky Blues largest home crowd for a standalone W-League game including finals. 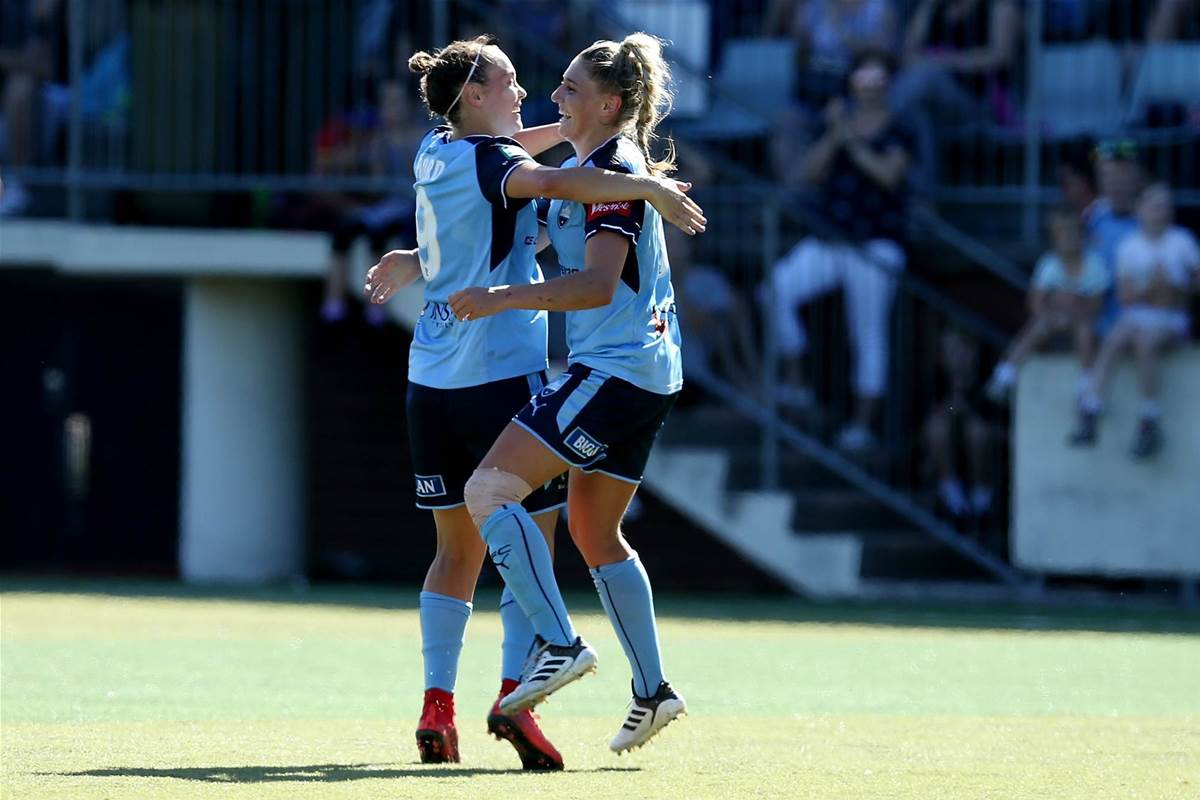 Juric said that an even bigger crowd would boost his players performance.

“If you get 10,000 or 15,000 it’s human nature to get excited and the adrenaline pumps up a bit more and your quality and your work rate improves,” he said.

“If you are playing in front of 10 men and a dog, what’s going to get you excited?

“It’s only like a training run, so I hope we get a decent crowd because it’s a beautiful stadium and we can show our quality and people will be happy.”

Sydney FC captain Teresa Polias also said that playing the W-League decider at home will be an advantage when taking on Melbourne City.

“The crowds we’ve had in the last couple of games have helped to get us across the line. It’s really been our 12th man.

“Come Sunday it will be an even bigger crowd to support us, as well as our family and friends which is huge.”

Sydney FC midfielder Chloe Logarzo, was excited at the prospect of playing in front of the Sky Blues active supporters.

“It will be amazing to see how many people are actually going to come to the game at Allianz and also having the Cove behind us,” she told FourFourTwo.

"That is the greatest honour, to wear that Sydney FC jersey and to be able to display all that hard work that we've put in throughout the season.

“For me it doesn’t matter how many people rock up, if the one’s that I love are there to support me I’m going to try as hard as I can to make them proud."