The decision to award the hosting of the AFC Women’s Asian Cup 2018 Finals to Jordan was reached following the study of bidding files and the report of the inspection visit to Amman in April. The inspection team assessed the venues on a number of themes including hosting of previous AFC competitions, current state of facilities, general infrastructure, transport, security and accommodation.

“Jordan have proved they are worthy hosts of the next edition of the AFC Women’s Asia Cup Finals," said the AFC WFC Chair Moya Dodd.

“I would like to congratulate the Jordan Football Association on submitting such a professional and thorough bid.”

“This decision marks a geographical landmark, being the first time a Member Association from the West Zone will have hosted a senior AFC women’s tournament,” Dodd continued.

“We look forward to seeing them in the spotlight and wish them well later this month, too, as they host the FIFA Women’s U-17 World Cup.”

Australia, the current AFC no.1 team, has a strong history at the Asian Cup with the Matildas winning the championship in 2010 and claiming silver at the 2006 and 2014 editions.  The qualification tournament will commence next year but Australia will not have to qualify for the tournament by virtue of their runner up finish at Vietnam 2014.

A look to the future

The Women's Football Committee also discussed other key issues including a greater investment in women's football by the AFC.

Asia, with three teams in the FIFA top 10 and 5 teams in the FIFA top 20, is the second strongest (behind UEFA) confederation in women's football but there is a gap between the top nations and the emerging nations.  A gap that the WFC is hoping increased investment will continue to breach. 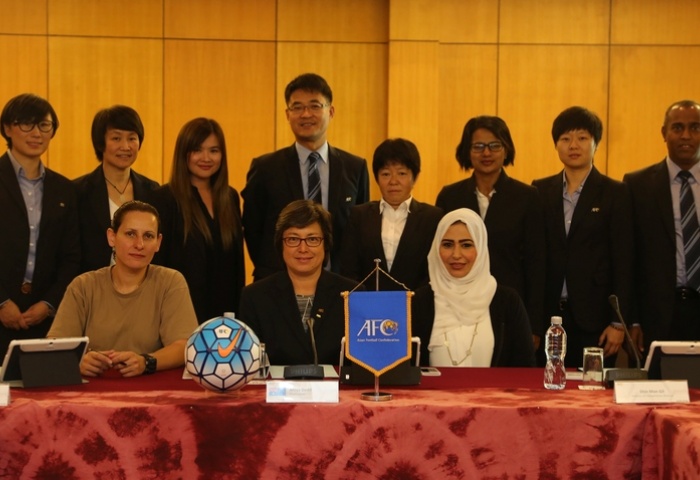 These would include development tournaments for emerging Member Associations providing top level competitions to raise the standard of competition in Asia.

“This is an exciting time for women’s football in Asia as the AFC has pledged recently, as part of its Vision and Mission statement, to further invest in the women’s game in the continent and build on recent progress and success.”

“The information shared and discussed today highlights the great steps that are being made in terms of development, coaching, technical ability and competitiveness, as well as administrative expertise at all levels of the women’s game in Asia.”

As part of that investment the Committee also discussed the potential for a pilot Asian Women's Champions League.  The a club championship for elite teams would potentially see teams from the Japanese Nadeshiko League, the Australian W-League and the South Korean K-W League.

Young guns ready to step up at TPS Sydney