Versatile midfielder Jasmine Garner hit her stride in Round 4 to help the Kangaroos bring home an essential four points.

In Round 3’s big win over Richmond, Ash Riddell was singularly brilliant as a ball-winning/distributing machine and was rightfully highlighted in our analysis of the game.

In Round 4, it was one of the league’s most dangerous forwards ever that began to show just how damaging she can be in what is contemporarily called a “hybrid role” as a midfielder/forward.

The generational talent’s output has changed week-to-week in 2020 and the match up against the Suns demanded more shared time in the clinches according to the coach.

“We felt today coming up against Gold Coast who are a very contested side, we needed some extra support around the stoppages. We brought in an extra mid and did it that way, that allowed us the flexibility of playing Jas forward a little bit more.”

Strutting her stuff on Arden Street, the powerful and deceptively quick star racked up mouth-watering numbers for the North Melbourne faithful; 30 touches (18 of which were contested), six clearances and five score involvements to lay claim to the mantle of most dominant player afield in a suite of classy performances from both sides.

Recently voted the best forward in the league by her peers, Garner’s ability to turn a game off her own boot shouldn’t surprise most observers – but it’s the newfound confidence at taking her previously second-fiddle skillset of top-line mid into the big league that has had heads turning.

At the risk of sounding like a broken record, if Garner can combine with a Skipper playing some of the most free-wheeling footy of her career at age 30, and an ascendant Riddell, the sky is the limit for this team.

On the woman of the moment, we’ll leave the last word to the coach.

“Jas Garner is just getting better and better and she is a pleasure to watch play footy.”

That about sums it up.

Another best-on for one of our very best, Jas Garner.

Four Kangaroos were among the vote-getters 👇. #OurTimeIsNow 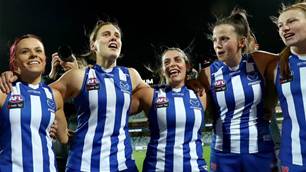 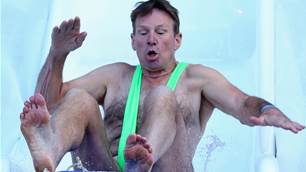