Trailblazer and 2015 Football Woman of the Year, Jan Cooper was announced as the 2019 AFLW Premiership Cup ambassador as the new season was launched in Port Melbourne.

“I’m very humbled really, and personally I don’t look for accolades or anything like that, but it is lovely to be recognised and acknowledged for the role that I played in getting to AFLW, so I’ll take it!”

Formally the AFL Manager of Female Football Development, Cooper has been one of the driving forces pushing for a national women’s competition. Most of her work has been bubbling away behind the scenes in building to what AFLW is today for more than a decade, and many credit her leadership for the increase in national female participation from 16,000 to over 640,000. 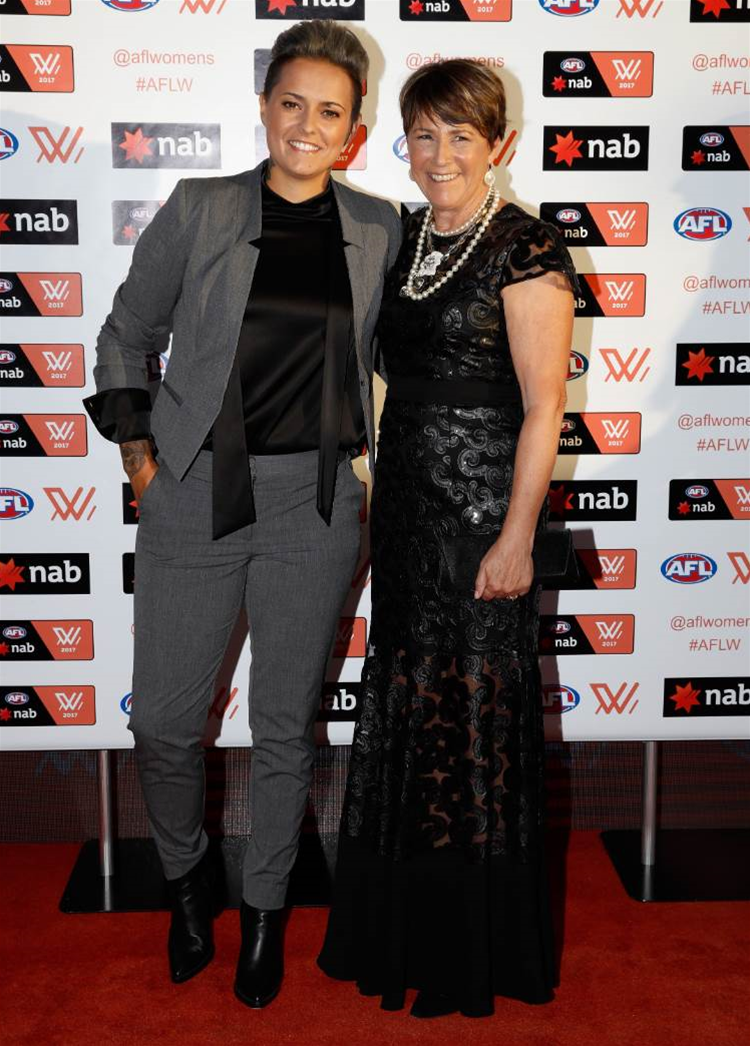 Now the High Performance Female Academy Coordinator at the West Coast Eagles, Cooper recalls when she found out she would be honoured with this year’s AFLW ambassador role.

“I was actually in the country, with another cup!

"We’d been taking the (2018 AFL Premiership) cup out to country WA, we were combining a premiership PR tour in Bumbry with some female coach education sessions we were putting on and Nicole Livingstone rang.

"I thought, ‘well, I’m not quite sure what this is about but I better take it!’. So I kicked the other person out of the car in case it was personal and took the call and I sat in stunned silence for a little bit.

"I was quite overwhelmed to be honest.”

Cooper’s career, while keenly focussed on developing pathways and opportunities for women to play elite Australian rules football hasn’t been an easy ride. As she sits at the season launch event for the third season of a national women’s football competition, she can still recall thinking it would never happen.

“Absolutely I didn’t think it would happen.

"There were times where myself and my state based colleagues, who really were the passionate drivers – and think, if we hadn’t have been such a cohesive team, I think it would have taken a lot longer to come about because some people were quite crushed by the enormity of some of the barriers that they had to overcome in their own states and territories.

"I know if we hadn’t have helped each other and supported each other – many more would have walked away from it and thought it was just too hard."

For someone of Cooper’s calibre and looking at all she has achieved in her football career, did she ever think about walking away when the constant challenges seemed insurmountable?

“Yeah I did. I can even remember a particular month and situation – but my state colleagues, after I told them, they went, ‘no you can’t!’, and I thought, ‘well, other people have had barriers in their lives that are much more difficult than mine so if I walk away from this, it’s a bit of a pathetic response really.”

Football is in blood for Cooper and she credits her dad, WAFL Hall of Fame inductee John Cooper, for the inspiration to keep going.

“I have a really good role model in my dad, he was the reason I fell in love with AFL because from a really young age I used to follow him to football games, so at first it was for love of dad then I fell in love with the code. So I’ve drawn on how he’s overcome certain barriers and the challenges that he’s had to face in his life in football, one of his was actually life threatening, so I guess having such a good role model was helpful.”

As she looks forward to her role with her premiership cup ambassador duties and an enjoying another AFLW season, Cooper is also looking forward to her Eagles entering the competition in 2020.

“It’s my first year anniversary at the club this week and it actually feels real now. Once we finalised the coaching group it felt closer to it and now the signing of our first two players (Mikayla Bowen and Rosie Deegan), it’s exciting.”

Though West Coast have been pushing for an AFLW side since licences were first awarded in 2016, Cooper is using the chance to learn from three years of the competition, ensuring that a whole club approach is in place as she states, “that did not necessarily happen in the first year for a lot of the clubs.”

With one eye on this season as she celebrates seeing her endless hard work come to fruition, and perhaps one eye on elite WA talent currently running around like Chelsea Randall and Sabrina Frederick-Traub, Cooper is in for an exciting ride.

“Well, we’d be silly not to have a crack (at Randall and Frederick-Traub) and given that both of them, in their youth before there was a national league, said that they were West Coast Eagles fans! I think it is going to be a bit tough but we’ll give it our best shot and see what we can do!”