“For me, it’s a day where we can celebrate the work that women are currently doing, in and around organisations, for other people. It’s not about us being better than men or anything like that, but a day of celebration of all the good things, the social, the economic, cultural and political achievements of women.

“When we have a diverse and inclusive environment, it’s great to celebrate as a unit and we need to ensure that we bring men along for the journey and we continue to empower each other,” Randall said.

Starting her football career where she could, Randall signed up for a boy’s team at 11 years of age.

“That was 15 years ago now. It wasn’t really socially accepted that a girl was playing football.  The stereotype was that football is a predominantly men’s sport, so for me there were lots of challenges to overcome, especially being 11 years old and moving through my teenage years but I absolutely love the sport and I wanted to play it forever.

“I’ve represented Western Australia as state captain, and been fortunate to be an All-Australian a number of times. I was a part of the inaugural exhibition match between Western Bulldogs and Melbourne Demons.

Being a part of AFLW competition last year was just an unbelievable experience and a dream come true.

“When I was a teenager people actually questioned why I was even playing this sport when it wasn’t going to lead to anything. I just played it because I loved it, and almost used that as a motivation to prove them wrong.”

Randall is enjoying being part of a surge in women’s sport in Australia.

“It’s fantastic that we are seeing women’s sport in general being acknowledged and recognised, and elite athletes getting deserved recognition.

"AFLW, is in my opinion one of the greatest games on earth, and I feel lucky to be a part of it. To be able to see it, and to be the best player I possibly can be, with elite clubs and facilities is great.”

Though it feels bizarre to be a role model, she’s figuring out what it is to have young girls and boys look up to her.

​“I remember when people started talking to me, before the competition had started, saying ‘you’re a role model’ – and I don’t know whether I believed it at that point in time either.

"I’m just a person who loves AFL. It’s amazing how we can use AFL as a platform to provide many positive messages to young people about looking after our bodies, having a healthy mind and the other benefits of playing a sport.

“AFLW is great as it not only sends those messages, but also those about gender equality, being history makers, and the challenges we’ve had to overcome over the last decade.  It’s still surreal.”

Surrounded by other athletes, one is never short on lessons and inspiration.

“In particular, most recently, I was fortunate enough to meet Turia Pitt, at a presentation. She is obviously such an amazing person, due to the resilience and the way she goes about life in general. She’s an ultra-marathon runner and had the tragedy of a fire [during a race] where she suffered burns to 65% of her body. 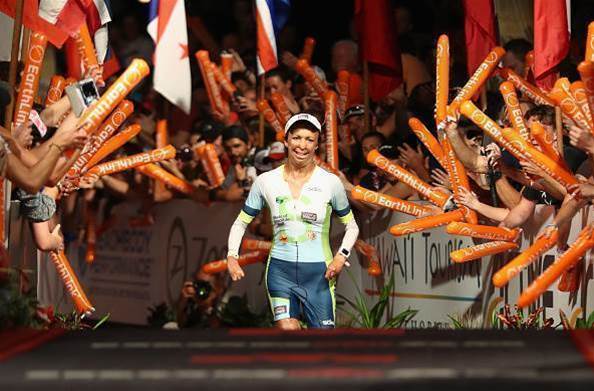 “She has embraced this, and said ‘okay, how can I help others’ – and I think that’s very powerful, when something tragic happens to someone and they turn it around and show such resilience to grow and learn and be better.”

AFLW is turning into a great avenue for all sorts of opportunities with this generation of players and leaders.

“My future ambitions are unknown at this stage, but I work in AFL currently and have done for the past eight years working as a community programs officer. In that, I run football programs in schools and in the community, which I love.

I’m also studying teaching, and after six years I probably have another seven to go to be honest.  The opportunities in AFLW, and what the Adelaide Crows have given me along the journey to develop some skills both on and off the field are tremendous.

“I never thought I’d be able to speak in front of a group of people and talk about my footy and my journey but the AFLW competition has allowed me that opportunity to learn that skill.”