Two-time US Open champion Sam Stosur may have slumped out of the singles in what could be her last Flushing Meadows tilt, but the Aussie legend still has a couple of cards up her sleeve.

It's easy to overlook, while we fickle Australian sports fans lament our lack of contemporary tennis champions, that while we've only had two Grand Slam singles champions in the past 18 years, we've actually won 14 doubles and mixed doubles Grand Slams in that time.

Yeah doubles might be a little weird, the final might be played in front of near-empty stadiums after the women's singles final crowd has shuffled home and the rules are a little hard to understand (why are the out-lines not out, again?).

But doubles has actually been a great precursor to singles success for our players (not to mention a handy payday for our less successful players).

From Australia's glory days back in the 60s and 70s, where our singles champions also dominated the doubles court (and the Davis and Fed Cups), all the way to the present day - where Sam Stosur and Ash Barty's success at the net and all-round lexiblity paved their way to singles championships - doubles has been very good to Australia and isn't celebrated enough.

So when we talk about what could possibly be Stosur's last tilt at a US Open crown, rather than refer to her as a singles champion in 2011, we should note that she actually won it first all the way back in 2005 with Lisa Raymond.

Just one of her 11 Grand Slam championships.

Which brings us to our final note, even though she succumbed in the singles to Ekaterina Alexandrova with a desperate four games to show for her efforts, Stosur still has two cracks at the cherry remaining.

The two compliment each other well, compensating for their lack of youthful sprite with a steady accountability for each other's weaknesses. It's a partnership that bore fruit at the 2019 Australian Open, where Stosur and Shuai barnstormed to the unlikely title.

The 6'4 serve and volleyer, alongside the notorious serve of Stosur, will combine form an intimidatory all-court game. With a whopping 69 titles between them, they have the drive, but do they have the determination?

Stosur's made the point pretty clear over the years.

"I get my drive and determination from just winning and playing tennis," she once said.

"I know if I don't work, I won't get rewarded. It was a life long dream to win a Grand Slam so when I was able to do that it felt so good and I wanted to do it again.

"It's not that hard to stay motivated." 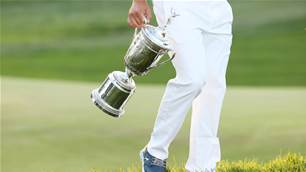 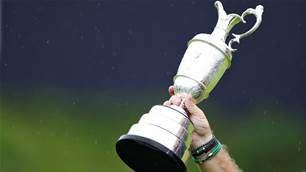 The Open to be played with or without fans 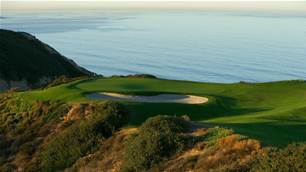