The PFA have reported 35.9 percent of players were 'not at all satisfied' with the integration between women’s and men’s programs at their club.

The PFA released their second W-League Report which looked into the 2017/18 season. It comes after their inaugural report from 2016/17 which brought to light the issues players were facing like wages and poor medical standard. It resulted in the PFA helping put together the CBA agreement.

In the new report, the PFA received 96 responses out of the 181 players contracted, although not every player completed every question.

While there has been significant increases in average attendances to W-League up by 69 percent from the 2016/17 season, the report this time highlighted a need for integration between the W-League and A-League teams at clubs.

Only 10.3 percent of respondents who were extremely satisfied by their clubs integration of teams. This isn't a new issue though but it is the first time the PFA have looked at it in their W-League report.

Integration has long been a problem at clubs with A-League and W-League sides generally kept separate during appearances, formal occasions and training grounds. 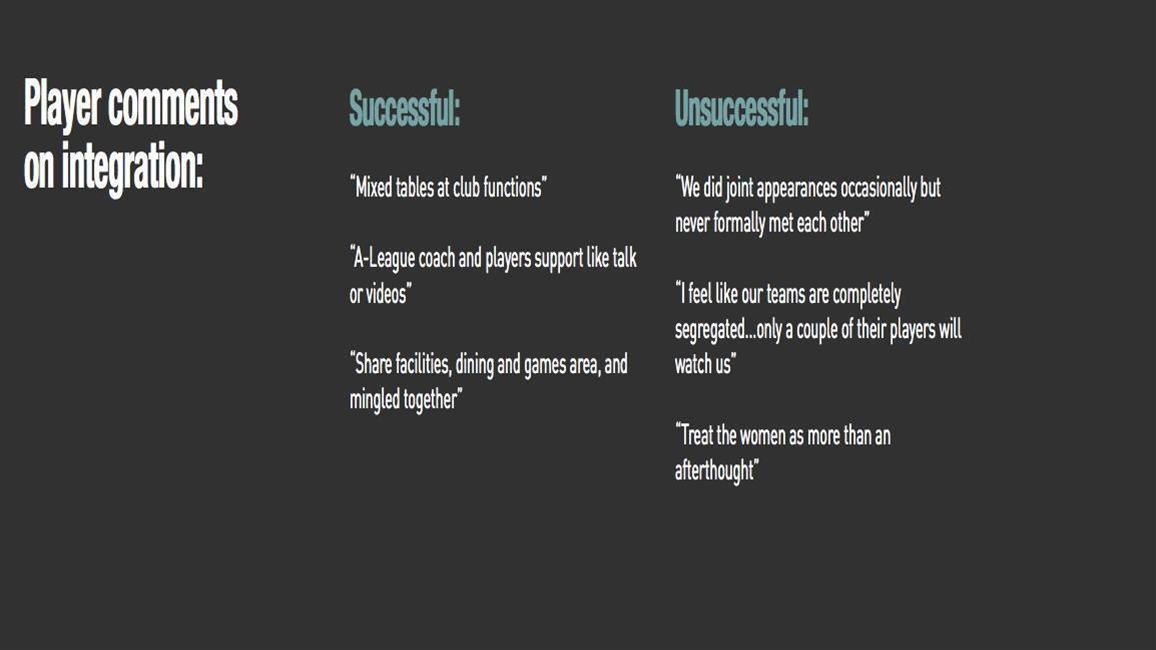 The comments from players showed that this isn't about the economic investment from the club but that their needs to be a shift in attitudes and behaviours from all those involved. Majority of clubs will say "we are one-club" and while this is good to say, actions speak louder than words.

The report also highlighted the W-League is not providing enough game time for either individual players or the broader playing cohort due to the short length and the small number of teams.

Out of the W-League, A-League, NWSL and Frauen Bundesliga, the W-League has the lowest total collective minutes and maximum player minutes in a regular season with the NWSL having double of what W-League players see during their season.

Players also said that they wanted increased broadcasting, with live streaming all games the preferred method from respondents and 87 percent said it was important to a have complete home and away season than adding a 10th team.

The full report can be read here.