Lindsay Agnew was full of praise for Australia and Sydney FC after a difficult end to the W-League season, where she starred leading the Sky Blues to the Grand Final.

Unlike Melbourne City's Milica Mijatovic, who's been stuck in Australia since the Grand Final due to Serbia closing its borders before she could leave the country, Agnew made it home to Canada.

She's been ringing in the endorsements for the W-League and life in Australia in general ever since, saying the experience was a fantastic one.

“I loved it,” she told Red Deer Advocate. “We did as much as we could outside of soccer, tried to explore everything Sydney had to offer. It’s a beautiful city, beautiful people, lots of nice beaches and good food.

“It was kind of hilarious when I first got there … the amount of times I hit the windshield wipers when I wanted to hit the indicator,” she said with a laugh.

“I really loved it there. One of my favourite cities for sure.

“There was definitely a lot of logistical things going on that whole week leading to the game,” she said. “Luckily soccer’s always been kind of my escape from all the drama of the outside world so that was nice to have.”

Agnew's W-League final drew attention from around the world, with the Canadian's friends and family taking note. She also noted the level of precautions taken, from bowing instead of shaking hands and picking her medals off a table.

“One of my friends who I played with at university texted me and that said we were the only live sport on the ESPN-plus app that day,” Agnew said.

“Definitely a weird final in that regard. Soccer’s just soccer when you get out there. It still felt like a final out on the field, even though there was no one there.

“I think we gave them a run for their money." 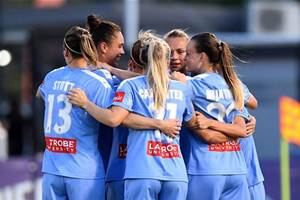 Serbia international Milica Mijatovic helped Melbourne City to an unbeaten W-League season but is now stuck in Melbourne amid the coronavirus pandemic. 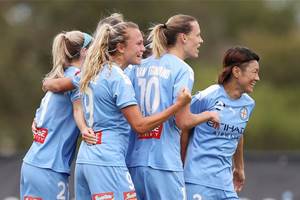 Claire Emslie's late season surge was a key part of Melbourne City's undefeated W-League championship, but as soon as the final whistle blew, things got a lot harder. 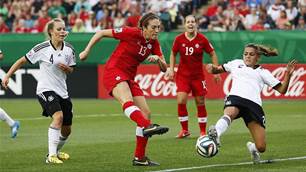