It seems it's been a long time coming for Isabel Huntington, a young player plagued by injuries early in her career, but her admirable resilience has finally seen her claim the prestigious title of NAB AFLW Rising Star.

It was the first year that anyone would be able to make a strong case for every single NAB AFLW Rising Star nominee, but there can only be one winner. Bulldogs young gun Isabel Huntington joins elite company with the likes of Ebony Marinoff, Chloe Molloy and, of course, 2020 Best and Fairest winner, Maddy Prespakis.

Huntington’s is a story of resilience. She was picked up with the first pick in the NAB 2017 draft, debuting in Round 1 against Fremantle in 2018. She injured her ACL in Round 2 against the Lions, missing the club’s historic 2018 Premiership and the majority of the 2019 season before returning with a vengeance this year.

Huntington had a stand out season in 2020, making the switch from offence to the back line, fitting seamlessly into her new role. She made a name for herself as one of the most effective intercept markers in the game, ensuring that she would become a pivotal part of the Bulldogs’ defensive line.

She got the nomination for the NAB Rising Star in Round 6 in a tight game against Fremantle. Huntington averaged 13 disposals in 2020, had a 74% disposal efficiency, and took 24 marks across the season. Her amazing 2020 season also earned her a well-deserved position in the All-Australian team at half-back.

In her third season, she’s finally been able to emerge as one of the young stars and leaders at the Dogs and it’s fantastic to see her talent recognised. There are undoubtedly many more incredible and exciting moments to come for Huntington in future seasons. 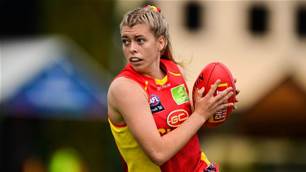 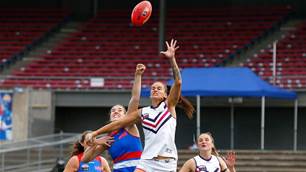