The Fremantle Dockers are one of seven teams vying for a spot in the 2019 AFL finals but they aren't feeling the pressure.

The West Australian side kept in touch with Conference A leaders Adelaide Crows and North Melbourne with a 36-point victory over Geelong on Sunday.

It will come down to the final game of the season for the Dockers as they face the Kangaroos.

"It's incredibly exciting, that's kind of been the case since the last few weeks since we lost to Adelaide," midfielder Dana Hooker said.

"To get that win was so pivotal for us to get to this point now. Obviously, we need one more win to make the finals, the pressure is on but we're really excited for this against North.

"They are in some great form and a great side this year, to get the home ground advantage for this weekend is exciting and hopefully we can give ourselves the opportunity to make finals."

If results fall their way, the Dockers could host a final, but first, it's all eyes on securing another victory.

It's taken three seasons to get to the point where Fremantle are within reach of being in the top-two. The side has had two seventh-place finishes in the first two seasons of the competition, coming away with just four wins in total. 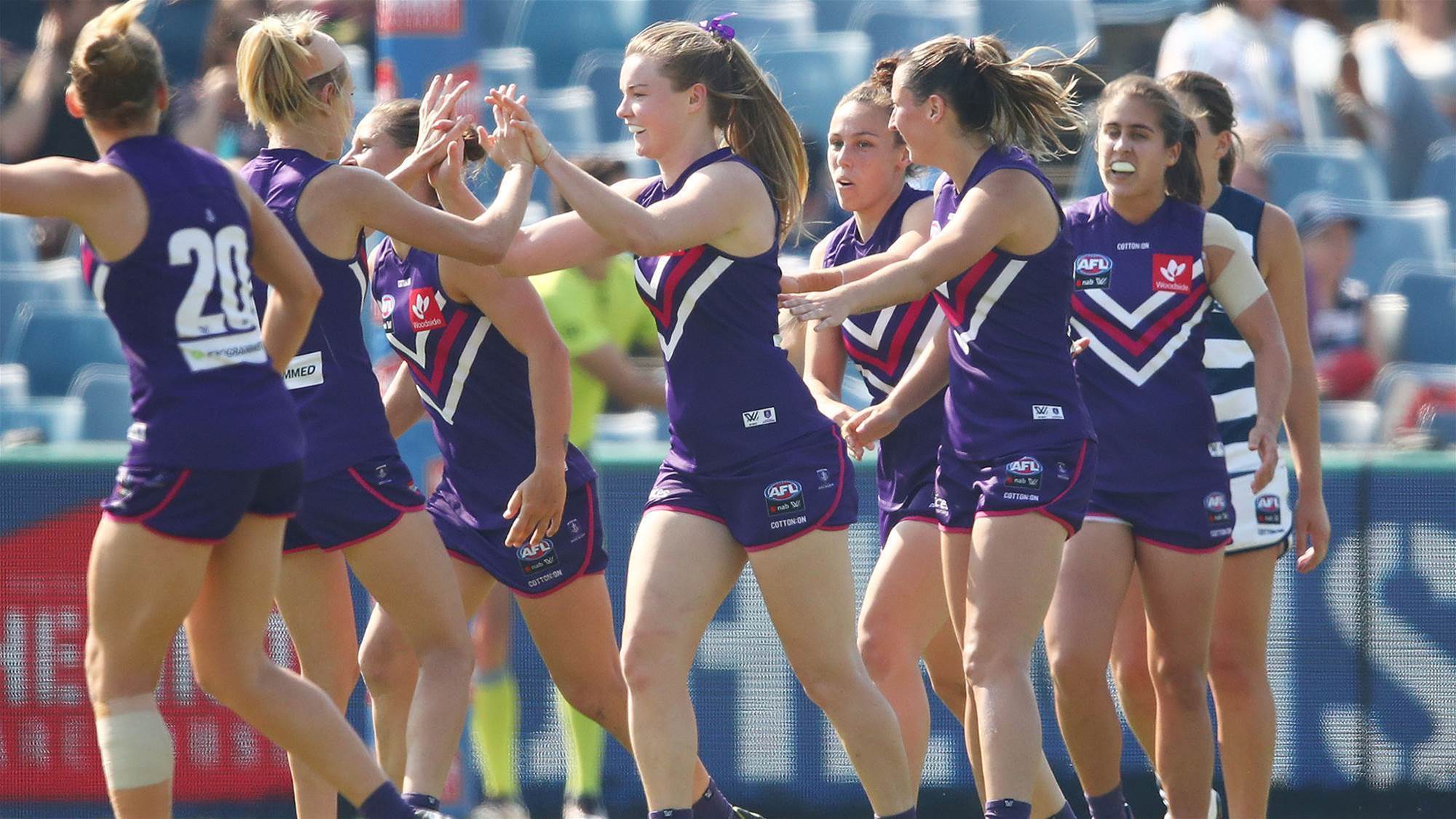 A change in personnel during the off-season saw Trent Cooper coming in as coach, Kate Starr as AFLW high-performance manager and Darryn Fry as AFLW and Next Generation Academy (NGA) manager.

"They've all brought fresh ideas and a fresh approach on how we go about our business here," Hooker said.

"They've all been really fantastic for us and we've got a slightly different game plan that we've gone in with this year compared to previous seasons."

However, despite being so close to making their first finals appearance, there is no pressure on the team.

"I think it's more excitement than anything," Hooker said.

"This is the first time we've been in this position to make finals and we're playing some really good football and we've jelled well as a team this year.

"It will be a great atmosphere and it's really difficult for travelling teams to come and play us a Fremantle Oval."

The Dockers will be without key defender Alex Williams, who has a torn ACL in her right knee while North Melbourne have more positive news with forward Maddy Smith available for selection after being kept on the sideline through injury.