The depth of Perth Glory's A-League Women squad will be further tested after forward Gemma Craine became the latest player to be ruled out of action.

Perth Glory forward Gemma Craine will miss the remainder of the A-League Women season after undergoing surgery on her broken wrist.

The 26-year-old missed most of last season with a serious hamstring injury, and now faces another long stint on the sidelines.

"It was a pretty significant break, and she's had to undergo an operation to repair it and put some stabilising plates and screws in place," Glory coach Alex Epakis said.

"She's just come back to the hotel today. She's in good spirits considering the circumstance.

"We'll get around her and support her as best we can, because she's been very unfortunate to have the injury she had last year and the injury she's had this year."

Fourth-placed Perth will be aiming to make it three wins on the trot when they take on winless Canberra on Saturday.

But Craine's setback will further stretch a Glory squad that has been hit hard by COVID-19 and injuries.

"Leena Khamis is still recovering from COVID, so she won't be available," Epakis said.

"Isabella Wallhead and Tijan Sally Mckenna won't be available because of COVID. Alana Jancevski is still recovering from the effects of COVID.

"And Susan Phonsongkham is getting very close, but this week might be a little bit too soon for her.

"But we've got a really deep squad and it gives players an opportunity to step up."

Epakis hopes Craine stays with the squad while she completes her recovery.

"I think her initial thinking is she wants to stay and be part of the group, and for us it's great because she's a great character to have around," Epakis said.

"She can certainly lighten up the mood.

"For both her and the team it's a good move if she wants to stay on, but we'll just have that discussion over the next couple of days." 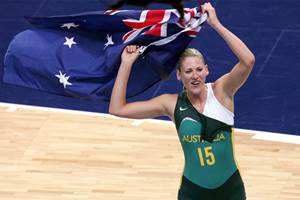 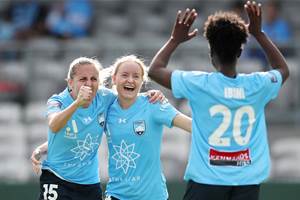