Melbourne have comprehensively beaten the GWS Giants 57-18 at Blacktown International Sportspark this afternoon.

The Dees were simply too strong, too fast and too clinical for an outclassed Giants team as they outscored them eight goals to two in a lopsided affair.

Melbourne coach Mick Stinear said his team controlled the game through the superior amount of possession they had, but also the correct decisions his players made while they had the ball. 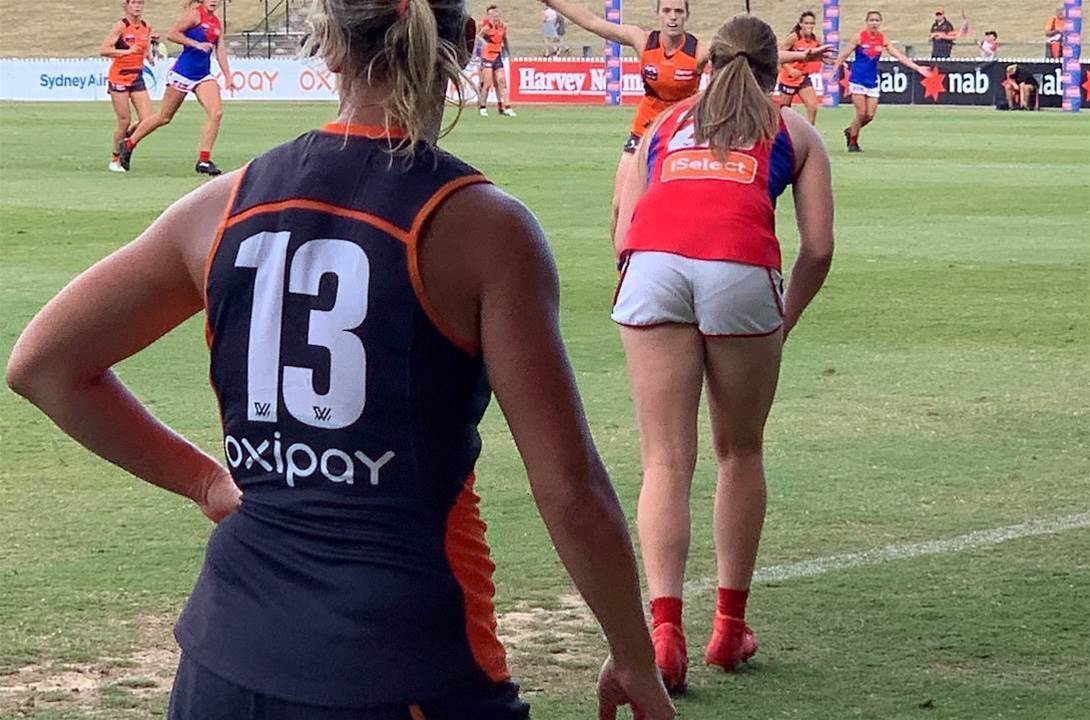 "When we had the footy, what we did with it and our ability to open up the areas once we had the ball, yeah, that was the difference for me," he said.

For Giants coach Allan McConnell it was a disappointing result after their last round win over Collingwood.

He said they haven't been scoring enough goals this season to win matches.

"If you don't put the opposition under pressure both in general play and on the scoreboard it eventually gets you," he said.

That's exactly what happened after an even first quarter and with the scores locked at 8-all, but from there Melbourne took the ascendency in the second quarter with two quick goals to Tegan Cunningham and Eden Zanker, which ensured they went to half-time with a 25-9 lead.

During the opening minutes of the third quarter the Dees went on with it through the trusty boot of Cunningham, who nabbed her 2nd goal of the match.

The Giants got one back through Jacinta Barclay 15 minutes into the third quarter as play became more even with a goal apiece, but the Dees stepped it up in the final quarter when Maddie Gay put her first major of the afternoon through to take the score to a comfortable 39-17 lead.

Cunningham, the former US collegiate and WNBL basketballer, then pocketed her third goal of the afternoon five minutes before the end of the match as the score went to 45-18.

The Dees kicked two more goals as they ran out comfortable 57-18 winners.

Oddly enough, Melbourne could still miss the finals, as they sit in third place on 12 points from three wins out of their five matches in the hotly contested Conference A and if the Giants, who have only won one from five can win their next two matches, they could sneak into the playoffs in what appears to be the weaker Conference B.

Both teams have tough matches next week with the Dees meeting the Western Bulldogs at Docklands and the Giants are on the road against the Adelaide Crows.