One of the best softball pitchers in the world, Melanie Roche has earned the distinction of being only one of four Australian athletes in history to win a medal at four consecutive Summer Olympic Games. She was a crucial member of the Aussie Spirit team who won bronze medals at the Atlanta 1996, Sydney 2000 and Beijing 2008

An intimidating player, Melanie represented Australia for over two decades, gaining 229 caps with the Australian women’s national team. This includes four World Championships, where Melanie won bronze in 1994 and 2006, and silver in 1998.

Beginning her softball career with Campbelltown, Melanie was NSW captain from 1996 to 2001. A dominant force at Australian Championships, she was named best pitcher at 12 national championships over a 15-year period.

Moving to the US, Melanie played for Oklahoma State University from 1990 to 1993, where she was twice voted First Team All-American. Her impressive record saw her inducted into the OSU Hall of Honor in 2011.

Her legendary pitching saw Melanie named Best Pitcher at the 2005 Canada Cup, one of the most prestigious international softball tournaments. She played professionally in Japan from 2001 with the Renesas Electronics Team and then took on coaching roles with teams playing in the Japanese League.

Encouraged by his family from the NSW Central Coast, particularly father Russell, a Touring Car competitor, Mark graduated from Karts in the 1980s to a Torana Sports Sedan, Ford Laser Series and then Nissan Gazelle Touring Car, winning the Australian Two Litre Championship in 1987 for Fred Gibson’s Factory Nissan Team.

With Gibson Motorsport, Mark’s first Bathurst victory came in 1991 when he and Jim Richards piloted the Nissan GTR ‘Godzilla’, decimating the opposition. In top form in 1992, Mark won his second Bathurst 1000 with Richards, the Australian Touring Car Championship and the Australian Drivers Championship. This was the first and only time a driver had won all three in the same year.

With 888 Race Engineering, Skaife and partner Craig Lowndes won the Phillip Island 500 in 2010, and Bathurst 1000 a month later.

Mark won the Sandown 500 five times, competed at Le Mans, and holds a Guinness World Record for the fastest recorded speed in a production Ute in 2006.

In 2014, Mark was inducted into the V8 Supercars Hall of Fame and the Australian Motor Sport Hall of Fame in 2017. 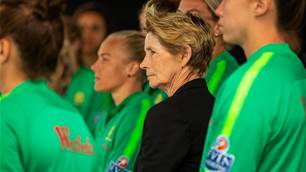