The World Cup represents an opportunity to see what some of the brightest talents in the A-League Women can do on the international stage. It is an important opportunity for the development of Australian football.

More Young Matildas news can be found on The Women's Game.

Manager Leah Blayney was in charge for the 2019 Asian Cup, and although they did not win that tournament, it was a huge success in terms of preparing young players for the national team and the national league.

Mary Fowler, Charlotte Grant, Kyra Cooney-Cross, Courtney Nevin, Indiah-Paige Riley and Karly Roestbakken have all made appearances in the senior squad since. Roestbakken’s form under Blayney earned her a call up to the World Cup Squad.

Fourteen other players from that squad featured in this season’s A-League Women. Rachel Lowe, Princess Ibini and Angelique Hristodoulou were all in the Sydney FC squad that were crowned with the Premiers plate.

The upcoming youth World Cup will give a new generation of players to show what they can do as international footballers. Reputations could be made and already impressive ones could be enhanced.

“The opportunity for our Commonwealth Bank Young Matildas to show the world their abilities as individuals, and as a group, will be a game-changer for women’s football moving forward,” said Blayney through Football Australia.

“Very few youth players get the opportunity to play on the world stage and this is a tournament that has introduced us to global superstars like Marta, Christine Sinclair, Alex Morgan, Dzsenifer Marozsán and Asisat Oshoala.”

“The last time we qualified in 2006, I was a player and to now have the chance to lead these young women to the tournament, it fills me with great pride but also determination to ensure we maximise the opportunity.

“This has come at a fortuitous moment where we as a nation are actively seeking higher level match minutes for our youth players at all levels.”

“This class of players have demonstrated through their performances in the A-League Women’s competition that they have enormous potential, and this could accelerate their football education.

"The impact this will have moving forward for the 2024 Paris Olympics, 2027 FIFA Women’s World Cup™ and the 2032 Brisbane Olympics is phenomenal.”

The upcoming youth World Cup will give a new generation of players to show what they can do as international footballers. Reputations could be made, and already impressive ones could be enhanced.

30 players were named this week to a training camp to take place this month.  With that in mind, The Women’s Game takes a look at four Australian players who could impact the tournament.

The Western Sydney Wanderers have had a tough couple of seasons, they have finished outside of finals for the last two campaigns and struggled in 2021/22. One of the shining lights for the club has been 18 year old striker Bryleeh Henry.

She scored twice in her first season. Her two goals against Melbourne City announced a new talent for the competition. In her second season, she scored an impressively taken penalty to help The Wanderers get their first win of the season.

Western Sydney struggled to create chances in 2021/22 but Henry gained valuable experience as a starting striker in the A-League.

Henry is a fast, combative striker who can press from the front, chase balls over the top, or receive it deep and run at defenders.

She made her senior Matildas debut against Brazil in 2021, and did not look out of place at full international level. A tournament against players of her own age where she could be a key player tactically will be a huge boost to her own form and to Australia’s options at every level.

Nash was one of the outstanding players in her first A-League Women season. Then with Canberra United, she was the first choice centre back as the club finished fourth. Nash’s impressive form was rewarded with a nomination for PFA Young Player of the Year and an eventual call up to the senior Matildas squad against the USAA at a packed Stadium Australia.

The future sure is bright for @SydneyFC's Jessika Nash â­ï¸

Today she was awarded the the 2021 Collette McCallum Medal!

The award celebrates her overall conduct and commitment as a female player representing Australiaâ€™s junior teams.

Nash was given a surprise start against the World Cup holders and endured a rough start when Australia conceded in the opening minutes.

She did not hide from the contest and showed her class with her distribution from the back and confidence on the ball.

Like Henry, most observers have been impressed with what she can do at senior level for Canberra United and now Sydney FC. She could very well dominate at U-20 level with the Young Matildas.

Nash has built her reputation as a classy and technically gifted centre back but has shown potential at right back with Sydney FC. The prospect of her lining up alongside Perth Glory’s Claudia Mihocic in defence is an extremely comforting one for Australian fans.

Like Henry, Sarah Hunter burst onto the scene with a brace for Western Sydney last season. She announced herself as a promising young attacking midfielder with a good defensive work rate in a similar style to Chloe Logarzo.

Her move across town to Sydney FC has meant that she has had to share minutes with a deep and talented sky blue midfield. However she has been in excellent form for the premiers and Grand Finalists.

Hunter began the season in a starting line up that burst out to an early lead on the ladder and maintained it until the final round.

She was electric in her first season, but has shown more maturity and composure in her second. Hunter has adapted to Sydney FC’s controlled, passing play instantly.

Her big moment credentials were on full display in the epic semi final against Melbourne City. After coming off the bench, the 18 year old midfielder changed the game with a headed goal to put Sydney in front after they trailed by two goals.

She has big game experience, knockout match experience and the talent to either dominate or change the fortunes of a match.

Up steps Sarah Hunter to put Sydney 3-2 up in extra time. I bloody love football, I do.#SydneyIsSkyBlue pic.twitter.com/ERbge6Xftb

Lowry is one of Australia’s most exciting talents. The Perth Glory midfielder began her senior career two seasons ago, playing primarily as a forward and scoring her first senior goal at age 16 against the Newcastle Jets.

Bullet Header!
Hands down one of the highlights of Glory's 2019/20 @WLeague campaign - rising star Hana Lowry claiming her first senior goal with this unstoppable effort.#OneGlory pic.twitter.com/iTxGd5k5dh

In Perth’s winless 2020/21 season, she was one of their most consistent attacking threats. A Brace against Sydney FC underlined her considerable talent.

In Alex Epakis’ second season in charge, Lowry was moved into a deeper role. She was deployed alongside Mie Leth Jens in central midfield. Her poise, composure and passing range was instrumental as Perth rose to fifth on the ladder.

The more Lowry if involved in a game, generally the better her team plays. Her highlights reel is growing with each season, but she is becoming a player like Emily Van Egmond who can be used across the midfield or attack.

She has excelled in the national team set up, and scored three goals in the 2019 U-16 Asian Championship. Hana Lowry is a player that enhances her reputation with every A-League Women’s season.

She has excelled at senior level at her club. Her return to youth international football could do a lot for her career and the squad’s winning chances.

Alana Murphy has impressed in her first season with Melbourne Victory. She was elevated to the senior squad on the eve of round one and made her debut in the season opener against Adelaide United. A composed, confident central midfielder who enjoys defending as well as taking a shot on goal.

Congratulations to Alana Murphy & Paige Zois who have been called up to the Young Matildas training camp squad! 👏💙

The U20 national squad will train together from May 10-16 as they continue to prepare for Augustâ€™s FIFA U20 Womenâ€™s World Cup in Costa Rica! pic.twitter.com/jwKCJkM0mm

Murphy’s performances so far at senior level make it easy to forget that she is only 16 years old. She has slotted seamlessly into a very experience and high performing Victory side.

Alexia Apolostolakis made her debut for Western Sydney at just 15 years old, and like Murphy will have other chances if they do not make this squad. However she has been one of the Wanderers most impressive players in a tough season.

Imagine you're 1âƒ£5âƒ£, you've given away a penalty, only to step up and nail a half volley like this, that ultimately earns a point for your team 🙌

Alexia Apostolakis, this is a day you & @wswanderersfc will never forget!

Apostolakis played in a variety of defensive roles for Catherine Cannuli’s side and looked more than comfortable in senior football.

Her first A-League goal was one of the club’s highlights of the season. She is a player to watch, if she is ready, we could get to watch her at the U-20 World Cup.

The following is the list of 30 young Australian Women named for the Sydney Training camp taking place from May 10-16, 2022. 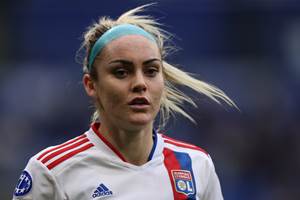 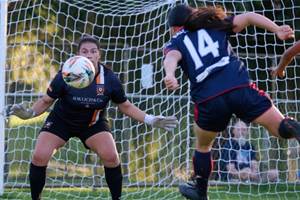