Young Matildas move to the top of Group A as they remain undefeated | (Credit: ASEAN FF) 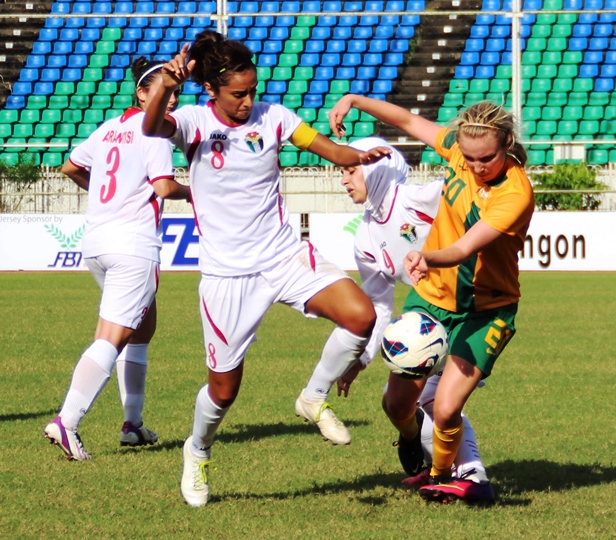 Young Matildas move to the top of Group A as they remain undefeated | (Credit: ASEAN FF)

The Young Matildas have moved to the top of Group A of the AFF Women's Championships courtesy of a 5 - 1 win over Jordan at the Youth Training Centre, Yangon.

Three goals in the opening 20 minutes set up the win for Australia with Hayley Raso and Tara Andrews scoring a brace before captain Chloe Logarzo wrapped up the emphatic win late.

The Young Matildas started the match brightly and within five minutes they had the opener when Raso latched onto Amy Harrison's cross before calmly finishing.  Five minutes later Australia doubled their advantage as Andrews made the most of a Jordanian defensive error.

Andrews then grabbed her second not long after when she was played into the penalty area before finishing low.  Despite the early 3-0 deficit Jordan attempted to get back into the game and pulled back a goal a minute later through pacy striker Shahnaz Jebreen beating the offside trap and Mackenzie Arnold for the first time in the competition.

With a comfortable 3 - 1 buffer at the break the Young Matildas continued their dominance in the second half.  Just passed the half hour Raso had her second before captain Chloe Logarzo produced a superb free kick to put an exclamation mark on the win.

“We started brightly and I thought that the first 20 minutes was some of the best football we’ve played in a long time,” said Spencer Prior.

“It was very nice to get the early goals.”

The Young Matildas next take on Thailand on Sunday, 15 September where a win would all but secure them a semi final berth. 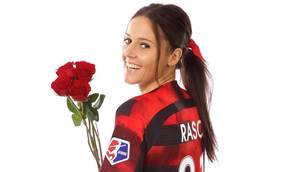 'One of the most inspirational women in sport': Matilda picks up another award 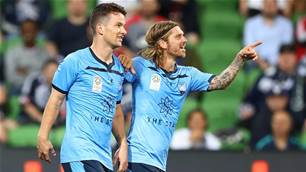