Head of Women's Football Emma Highwood has announced that the FFA will be receiving $A536k ($US500k) of FIFA Goal Project Funding.

Head of Women's Football Emma Highwood has announced that the FFA will be receiving $A536k ($US500k) of FIFA Goal Project Funding.

The funding will be provided over two years and is aimed to deliver a national women's and girls' football development program.

“With the greater number of Women and Girls playing football coupled with an improvement in the expertise of the coaches at all levels of the talented player pathway, we believe that we will provide technically better players and coaches to our national teams for years to come."

“To achieve these goals we will allocate the majority of the funding to employ development officers nationwide to implement a variety of initiatives which includes the establishment of female Skills Acquisition Programs (SAP) with the necessary equipment." 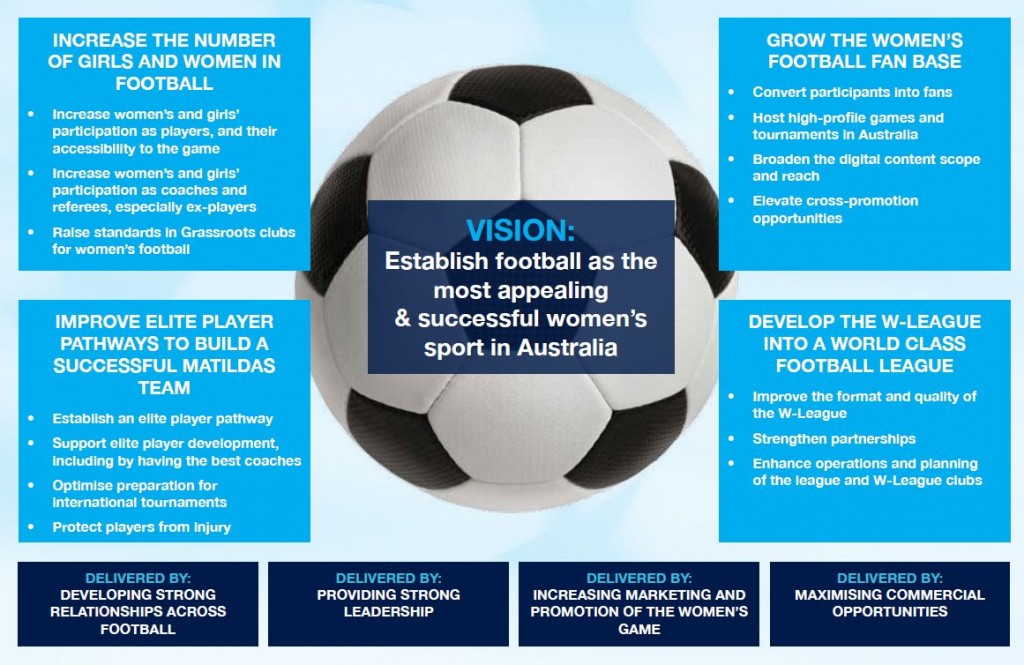 At the state federation level, Development Officers, compromising of current and former players, have been appointed to oversee the rollout.

Running since 1999, the objective of the FIFA Goal Project one-off funding is to assist federations to "implement projects designed to develop football in their countries". These can be in areas such as administration, training, youth football and infrastructure.

The FFA is looking to utilise the funding to continue its execution of the Women's Football Strategy released in 2013.

“Through this funding we aim to increase the number of girls and women playing football in Australia and also improve the elite player pathway to ensure the continued success of our Women’s National team, the Westfield Matildas," Highwood stated.

“In addition we will look to establish a Female Coaches Mentor Program that will see an increase in the number of accredited coaches with advanced qualifications to provide them with the necessary knowledge and experience to coach at the highest levels."

As with any funding boost and program the devil will be in the detail.