For veteran forward Leena Khamis, her 100th W-League match will be a family affair as she comes up against sister Sham.

It will be the first time the two sisters have ever faced each other.

Both played at Sydney FC for several seasons together before Leena made the switch to Western Sydney Wanderers and Sham to Canberra United ahead of this W-League season.

The family has been talking about the matchup for a few weeks now with the family torn on who to support.

"It's been a funny couple of weeks, me and my sister feel sorry for our family because they are torn," Leena said.

"We don't know what is going to happen on the day, whether I score or she saves it but whatever happens the family will be proud either way," she said. 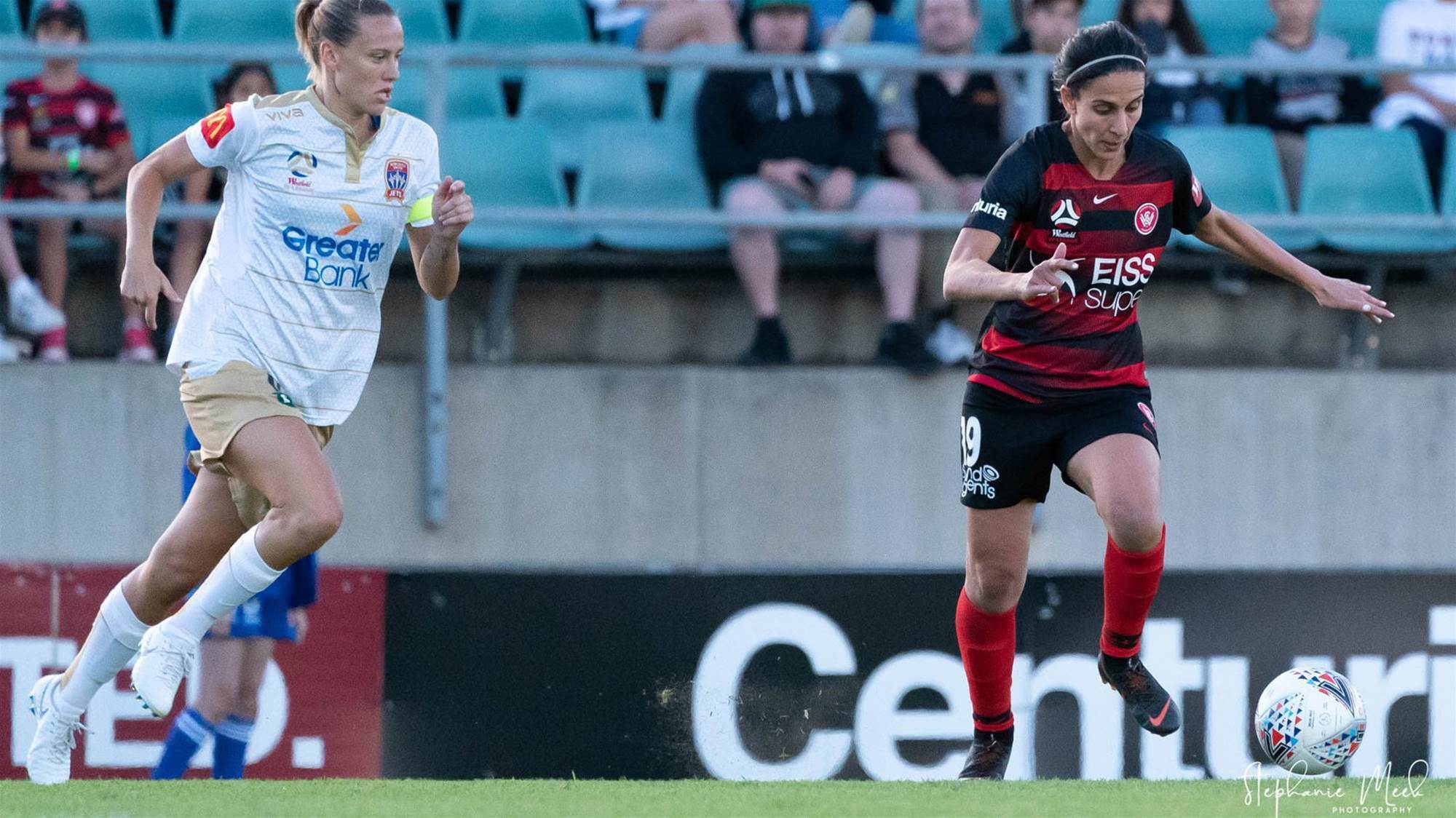 Leena is set to become the 13th W-League player to join the 100 club and becomes just the second player this season behind Katrina Gorry to reach the milestone.

It's an exciting moment for the 32-year-old who has been part of the competition since day one.

"I'm excited for a couple of things," Khamis said.

"Finally I've reached 100 games in the W-League after 11 seasons. I had two seasons where I had to overcome a few hurdles with an injury.

"Also I play against my sister for the first time ever so it makes it doubly special," she said.