Football Victoria’s NPLW competition is in for an exciting 24 months with a number of interesting changes and proposals being put forward.

For the 2020 season the NPLW will have only eight teams, with Geelong Galaxy United and Southern United losing their senior NPLW licences.

Both Galaxy and Southern will feature in a newly created Second Division, which has been interposed between the NPLW and State League One. Both clubs will retain junior NPLW licences.

There is talk of potential promotion and relegation between this division and NPLW for 2021 but FV have not committed to this as yet, understandably preferring to see how 2020 pans out.

The decision to strip Galaxy and Southern of senior licences was initially met with plenty of condemnation from the wider Victorian football community, however as time has passed many people have come to accept and even praise the move. The NPLW has long been criticised for not having enough talent, and 10 teams was considered to dilute this even further.

Former Matilda and current Southern United coach Deb Nichols was initially disappointed her club had lost their senior licence, however she has since taken a pragmatic view of the move.

“I sincerely hope the reduction of teams improves the competition after the distress the decision brought to both Southern and Galaxy,” said Nichols.

“We are looking forward to participating in the new division and working our way back to the top flight.” 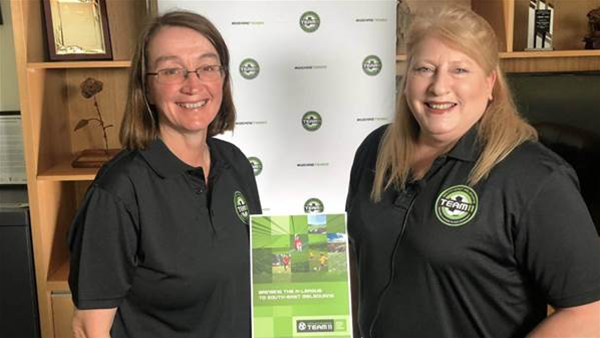 The long term plan for NPLW is to follow the current boys model where several clubs will have junior NPL licences which then filters through to a smaller number of senior clubs, which means plenty of kids will get a chance to develop but only the best junior talent will make it to the top.

It is a sound theory but it will undoubtedly cause heart ache when girls who have worked hard at the junior level miss out on NPLW senior opportunities. However, this is the reality of elite level football, not everyone will make it.

“ The junior NPLW has been excellent and continues to improve,” said Nichols.

Why are two NPL VIC seasons kicking off simultaneous?