This focus on a transition style better suits Kerr, Foord, Gielnik, and Raso by allowing them to use their pace and athleticism to exploit the space when opponents are open in their attacking shape. Against Chile here and at the World Cup, Australia’s brightest attacking moments generally came on the counterattack.

The key player (and one constant in midfield) in both games was Logarzo. Her energy facilitated Australia’s transitions, and her late attacking runs from midfield meant Foord could move inside to support Kerr.

In Game 1, this led to Kerr’s second goal:

(10)     Catley not in a position to provide an overlapping run.

(11)     Logarzo makes an inside-out run, and creates confusion in the Chile defence.

(13)     Jenna McCormick’s pass finds Foord, who releases Kerr with a ball over the top. 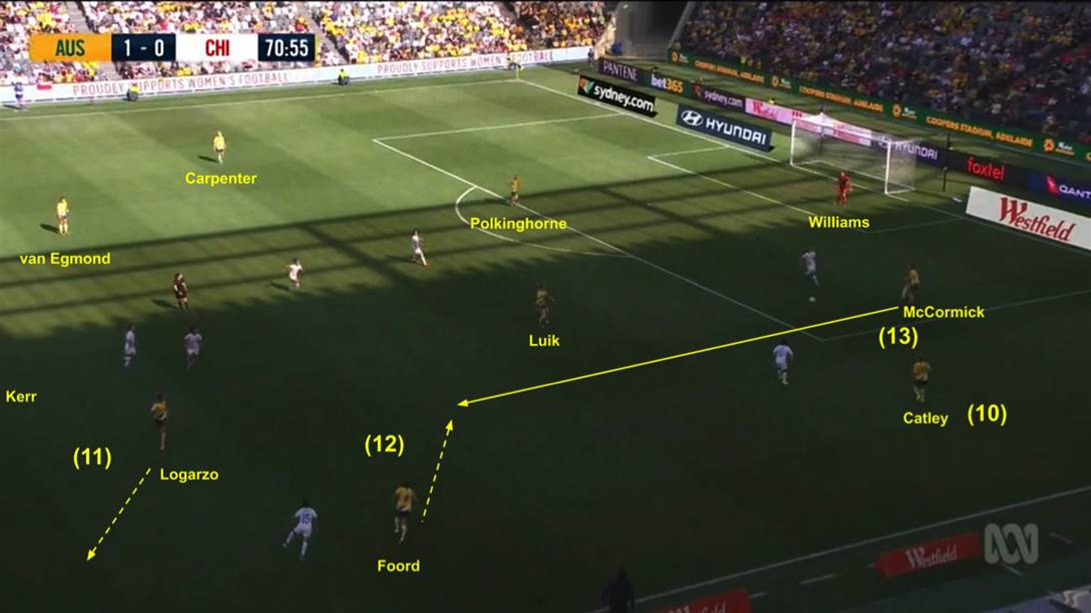 And again in Game 2:

(14)     Foord moves inside to provide possible combination with Kerr and 2v2 with Chile centrebacks.

(15)     Logarzo makes a late run for ball in behind to balance Foord’s movement inside. 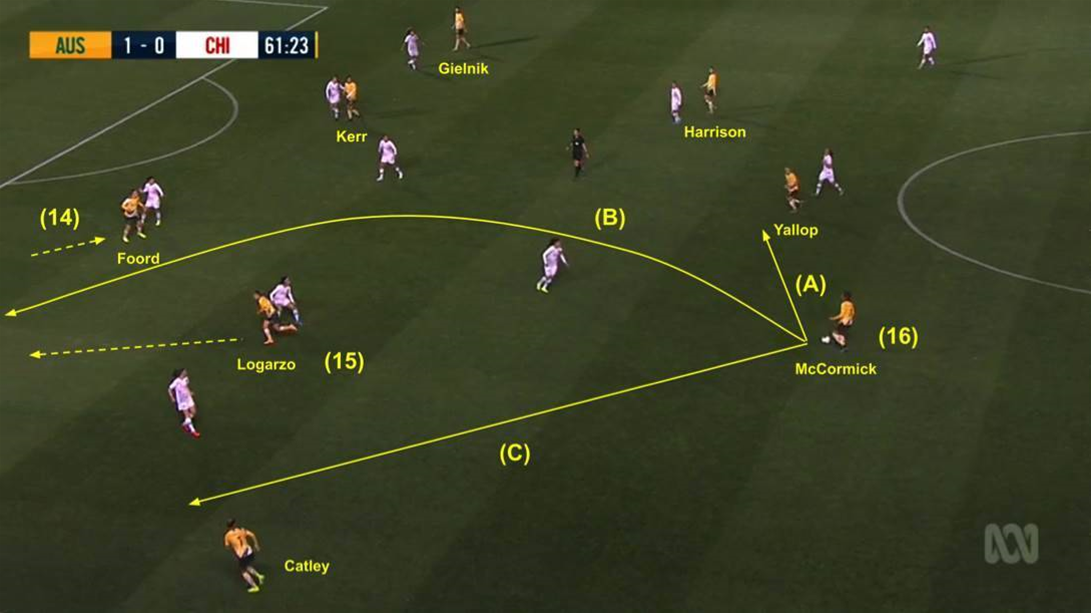 In the end, some encouraging signs for the Matildas, especially considering the minimal training and match time together since the World Cup. We’ll see if the Matildas can indeed kick on, especially against stronger opponents, but there are reasons to be cautiously optimistic.

The author is an experienced football coach, having coached over 200 games at development and senior level. He has completed the FFA/AFC B Licence and runs the Facebook page "Tacticology".