WSA has launched #WISPAA to generate greater recognition and respect for the skill, strength and athleticism of Australian women actively participating in sport.

“We want to help increase the visibility of sportswomen in the media and the public and help ensure they are portrayed as tough, fit competitors, role models, heroes and leaders,” WSA Communications Director Louise Evans said.

“WSA is proud so many great female athletes are getting behind #WISPAA and we hope the media and public will too by entering award-winning photographs of Australian sportswomen in action.”

#WISPAA has two award categories - one for professional photographers and one for amateur photographers, who can submit up to three photos of Australian sportswomen in action to WSA’s dedicated #WISPAA website www.wispaa.com.au - to win prizes supplied by Nikon.

Entry is online via the website: www.wispaa.com.au Entries are open now and close on April 30.

“Elite female athletes are incredibly fierce and strong competitors who never leave anything on the field of play. I’m really looking forward to seeing all the entries for the #WISPAA Women in Sport Photo Action Awards that will show the athleticism and determination Australian female athletes display every time they play their respective sports. This is a fantastic initiative that will really increase the visibility of women’s sport.”

“There is a need to showcase the strength, skill and athleticism of our amazing Australian sportswomen to create strong, body positive role models for young women to show what it possible. The beauty of female athletes is they come in all shapes and sizes depending on their sport. This shows young women that no matter how you are made up, you are beautiful, strong and powerful. We should continue to empower women with the message that “strong is beautiful!

“This is a tremendous initiative which will continue the shift towards greater recognition of women and girls as fit, strong participants in sport rather than passive observers. Being strong, fit and healthy should be celebrated and role modelled.”

“#WISPAA is a great opportunity to look at female athletes and how incredibly fit, tough, strong, flexible and athletic they are. It's a chance to showcase the versatility of their bodies, how they have honed and channelled their natural gifts into the sport where they excel. Women in sport aren't smiling fitness models, they are gladiators.”

“I support #WISPAA because it promotes women’s sport and will help make it more visible. Women’s sport is on the rise and it’s important that young girls and boys in particular see it. For too many years the female stereotype was for women to be slim and beautiful. That stereotype needs to change. Strong, fit women are beautiful. Their fit, strong, healthy resilient bodies - created through hard work, training and competition - are beautiful. We want girls and women to aspire to that strong body image and to have the physical and mental confidence that comes with being fit and strong to take on any challenge.”

“A large section of most iconic and inspiring images in the world are of athletes. I find images of athletes living purely in their raw moment the most captivating. The strength, athleticism and emotion that is captured in great action photos is incomparable. Now more than ever, we are in a time where we need to see more images of strong, elegant, courageous women. It is awesome Nikon has chosen to support Women Sport Australia’s #WISPAA competition. I’m excited to see the upcoming entries.”

“I think this is a fantastic initiative from Women Sports Australia and it will go a long way to promote the growth of women’s sport through photography. Sports photography is a great way to capture the great moments. It takes fans closer to the action and it can be shared across social media. This is crucial in inspiring the next generation to pick up a ball and play. #WISPAA will also help recognise the fantastic photographers we have in Australia who work hard to capture women’s sport.”

“This is a fantastic initiative and a great opportunity to see female athletes in action, which unfortunately we do not get to see in the media too often. To be able to see our athleticism, strength and concentration allows the public to better connect with female athletes - instead of having to picture in their minds how we compete!”

“Supporting women in sport is very important to me. Australia has come a very long way in promoting female sport’s participation and getting behind female teams from various sporting codes. But there is still a lot of room for growth, which is really exciting. Women Sport Australia has been instrumental in this success and with the launch of #WISPAA it's great to see WSA recognising both professional and non-professional women in sport.”

“There’s no better way for young women and girls to take their next sporting steps, at all levels, than by aspiring to approachable role models. For me, access to a legend such as Karrie Webb was vital and I’m certain that we’ll have a wave of new Aussie sporting champions if our young girls continue to see women portrayed positively through initiatives like Women Sport Australia’s #WISPAA competition. We’re a great sporting nation and for generations our heroes have predominantly been men because they’ve had the exposure. With so much progress being made with elite female competitions in so many sports, it’s really important that young Aussie girls have their own heroes to follow, mimic and hopefully eventually surpass. By seeing our top female athletes promoted broadly as aspirational characters, we’ll take important steps in making that happen for the next wave.”

“You can’t be what you can’t see. It’s important, especially for young girls in particular, to have role models and to see them in action, playing and excelling at their chosen sport. The choices and opportunities for girls and women in sport continue to grow, but there is still a drop-off at a certain age and this is a barrier we need to break down. Showing our elite level female athletes as tough, fit and active participants will help encourage younger athletes to continue working hard and aiming to reach their goals.” 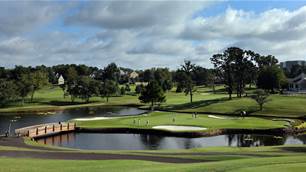