Victory meet City in the Melbourne Derby at AAMI Park on Friday night at 7.30pm which is a standalone game.

A lot of the messages coming from Bundoora over the years is how they have set the benchmark for the W-League.

City unveiled their W-League gyms and change rooms in Bundoora at the end of 2016, with both men and women in one facility.

And while City continue to speak about their professionalism, Dumont says Victory's conditions are just as good despite alternating between three different training grounds.

“My honest answer is, it actually pisses me off because everyone thinks City is the top club to be at,” Dumont told The Women’s Game.

“Unless you’ve been at other clubs like I have, you’ll actually see there are other clubs that exercise professionalism and Victory is one of them."

The Cityzens won all their regular season games in their inaugural season in 2015/16 before taking the championship. They then won two more W-League titles, completing the threepeat.

Victory lost many players to City after their derby rival joined the W-League and the navy blue of Melbourne have struggled since.

But coach Jeff Hopkins has transformed the Big V in the past two years and they now look like serious finals contenders.

Dumont added: “Victory have got everything to a tee, we might not have one main facility, but we have access to AAMI any time we want for recovery.

"Our physios work non-stop making sure we have massages twice a week and access to physio and health facilities. 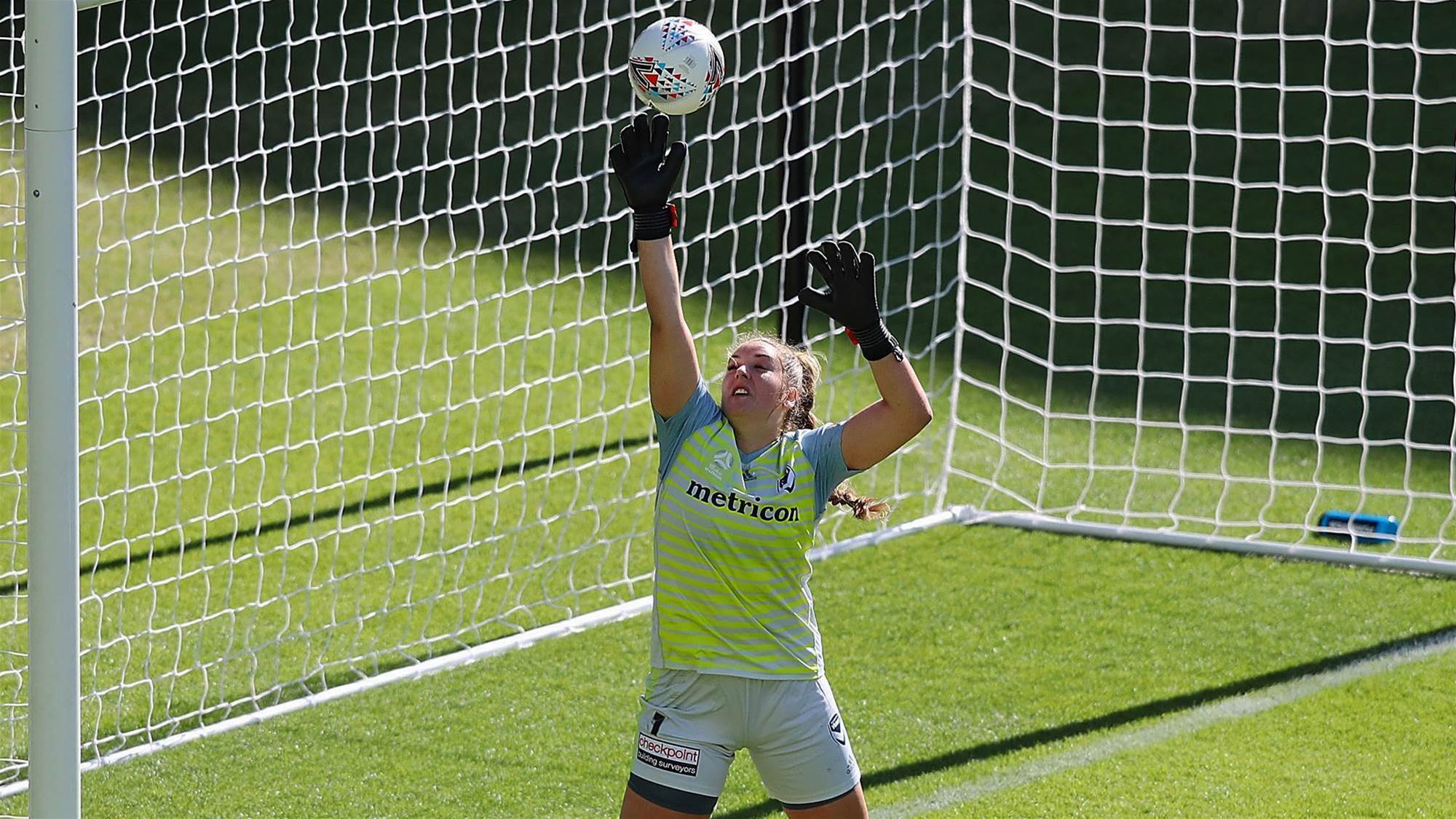 Dumont in action against Adelaide United

“We also have gyms available and the club goes above and beyond for what they cater for us. Even the men’s team, all the photos that are done and the media stuff, they make sure we’re together. When you walk by the men’s team, they stop to say hi and have a chat.

“I haven’t been to City and I’ve heard it’s great, but they haven’t been to Victory. The whole reason why I came back this season is because I was treated like a professional athlete and Victory does that all the time.

“They make sure everyone is comfortable and if there is an issue, they straight away ask ‘how do we fix it and what do we need to do for you to make sure you perform at your best?’. They also collaborate with the PFA, so it kind of pisses me off, but I guess other people don’t realise Victory’s up there too.”