Melbourne Victory have added three more key parts to their W-League squad with the signings of Natasha Dowie and Victorian duo Laura Spiranovic and Alex Gummer for the 2017/2018 season.

Melbourne Victory have added three more key parts to their W-League squad with the signings of Natasha Dowie and Victorian duo Laura Spiranovic and Alex Gummer for the 2017/2018 season.

English striker Dowie returns for her third W-League with the Melbourne Victory and in that timeframe has become a crucial player for the Victory.

“She’s a real influential person off the field in the dressing room, got very high standards and she’s a great role model for everyone else around her," said Jeff Hopkins.

“She’s the type of player we want to get our younger players looking up to. Part of the attraction for younger strikers in the squad is working with Natasha."

Last season Dowie's 9 goals saw her finish third in the Season 9 Golden Boot race and also claim the W-League club record for most goals in a single season.  Dowie is just two goals behind Caitlin Friend for the club record.

“Tash is the type of player where she’ll spend time with other players and it’s not just about herself.”

“But she does her best work in and around the 18-yard box. We’re going to look to get balls into the box and she’s the one we want in there to finish.”

As well as Dowie, Victory have added to their attack with longtime forward Laura Spiranovic.  Entering her sixth W-League season, the striker comes off another strong season in the Victorian NPL helping Geelong Galaxy to their second WNPL Grand Final in a row. 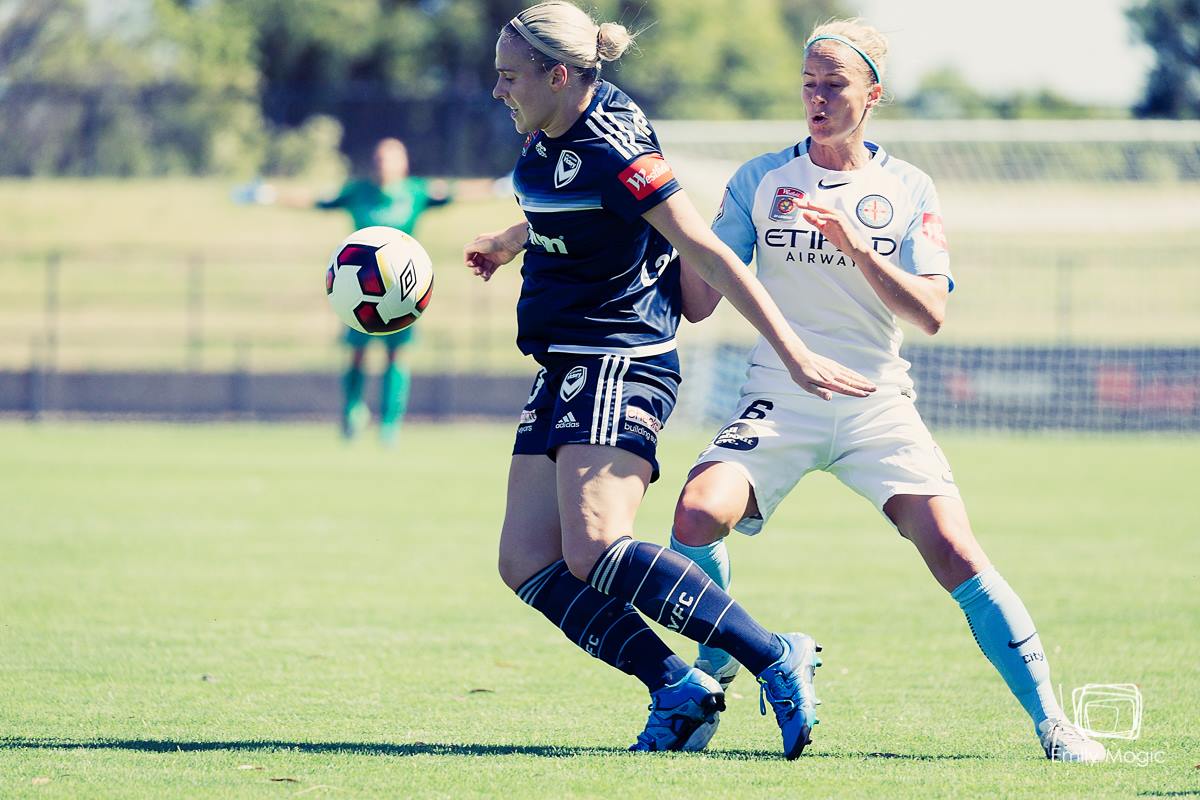 “We’ve got a few young and inexperienced players within the squad and in and around them you need leaders.

“We have people that will organise and make everyone around them accountable.”

Spiranovic has developed into more than a target forward in her time in the W-League and an ability to play in midfielders and forwards alike will assist with some of the new attacking talent Hopkins has acquired.

“I’ve just got a feeling about her this year,” W-League head coach Jeff Hopkins said.

“Physically she’s taken great strides, she’s stayed injury free and there’s no doubting her ability.  I’m hoping for a real big season for her this year.”

Defensively Alex Gummer also returns for another season with Victory.

After an injury interrupted W-League season, Gummer had a productive WNPL year with South Melbourne helping the side claim the league title and championship double.

Hopkins is looking forward to have the experienced defender full time in Season 10.

“She’s an experienced player that reads the game well and very strong, tough to play against.

“She’s a real team player and very popular around the team, bringing good leadership qualities to the group and that’s very important to us.”

Victory commence their season against Canberra United at Epping Stadium on Saturday, October 28.