Daria Gavrilova has reached the quarter-finals of the Strasbourg International after winning both her matches on Wednesday.

The Melbourne-based player was due to face Fed Cup teammate Ash Barty in the first round but the world No.8 withdrew with an arm injury.

During her match with Marcinkevica, Gavrilova was able to come back from 3-5 down to win the match.

The French Open warm-up tournament is the last one before the action begins at Roland Garros on Sunday, May 26.

The 25-year-old hadn't been having the best season, with her best result being reaching the Round of 32 in Indian Wells in March.

It's also only the second time Gavrilova has had back-to-back victories this season.

She now faces Frenchwomen Cholé Paquet, who has not dropped a set, from 7pm AEST.

Fellow Australian's Sam Stosur and Astra Sharma both bowed out of the tournament in straight sets while Ajla Tomljanovic missed out on a quarter-final berth at the Nuremberg Cup.

At the French Open qualifiers, Kimberley Birrell and Arina Rodionova were both eliminated, ending their hopes of reaching the main draw. 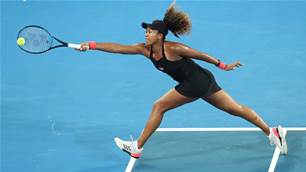 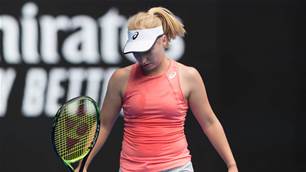 Gavrilova: I'm not in a good headspace