They join a host of players that are expected to return to the Victory for the 2014 season as they look to build a squad that will challenge on two fronts; defending the W-League title and acquitting themselves well in the International Women's Club Championship.

Since signing in 2011, Dimovski has started just 5 W-League matches, with the 20 year old proving herself to be a capable deputy to Matildas custodian Brianna Davey.

A foundation player, Ruyter-Hooley returns for her seventh W-League season after nearly giving the game away last season.  The 26 year old defender will be one of the keys to a young Melbourne back line and will be a crucial experienced head with the potential loss of Jessica Samuelsson.

Meanwhile Mastrantonio has committed to the champions for a full season following an ill fated and short lived return to her home town club Perth Glory in Season 6.

One name that will not be on the squad list is Jessica Fishlock with the midfielder signing with German side FFC Frankfurt.

Off the field, last week  Melbourne revealed that their Round 7 clash (25 October) with Canberra United will be played prior to the A-League Melbourne Derby at Etihad Stadium.

"To play a double header in front of the men is awesome and hopefully it will help the league grow and help women's football grow," said Davey at the announcement of the double header.

The Victory followed that up with the good news that Jetts Fitness has returned as a major sponsor.

“The decision to renew ties with FFV and the Melbourne Victory W-League squad was a no brainer,” Jetts Fitness Victorian state director Tim O’Shea said.

“Jetts Fitness was delighted to be a major partner during the squad’s incredible success last season, and we’re excited by the direction of the team and FFV and the rapid growth of women’s football in Australia."

Melbourne Victory commence their title defence away to the Newcastle Jets on 13 September 2014. 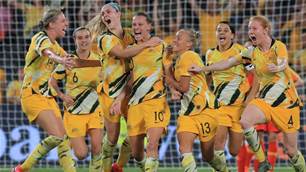