Settled in the final seconds, Australia has come away with a 50 - 49 win against New Zealand, following a tight tussle in Liverpool on Thursday night (local time).

Despite both sides previously booking a spot in the semi-finals, there was no love lost between netball’s oldest rivals.

With the results of the game deciding which side topped the group, and therefore the World Cup semi-finals, all players competed with purpose.

Lisa Alexander speaks after her side held on for the win.

In typical Trans-Tasman fashion, both sides brought a physical edge from early on, punishing their opponents for any turnovers.

Courtney Bruce set the tone early for the Diamonds with a relentless defensive effort, making it difficult for New Zealand to move the ball forward efficiently.

Yet, the ruthless body on body play from the Silver Ferns kept them within just three points of Australia at quarter time.

A somewhat disorderly midcourt hurt Australia in the first term, majorly contributing to a hefty 78 penalties.

However, Kelsey Brown’s speed was scintillating around the Diamond’s circle edge, with her double plays punishing New Zealand’s defence.

Jamie-Lee Price showed why she was picked in this team taking several momentum-shifting intercepts, rattling the Silver Ferns at several key points.

After forcing New Zealand to work for every single ball, the Diamonds had the edge on the Silver Ferns at half time, with a six-goal buffer.

Yet, New Zealand captain Laura Langman was an engine for her side, instigating key attacking transitions. Despite a plethora of changes from coach Noeline Taurua, Langman remained in centre for the whole game, affirming her importance in the Silver Ferns’ line-up.

An impressive third quarter performance from the Kiwis set up an intense final term.

Following several uncharacteristic turnovers, Australia was unable to regain their second-quarter attacking flow. However, Lisa Alexander’s girls showed plenty of grit, toughing the game out to maintain their small, yet vital lead.

It all came down to the final seconds, when Maria Folau missed a last-second shot to draw the game, once again crowing Australia with another win over their fiercest competitors.

A match for the ages, this showdown confirmed that despite doubts, both sides are more than capable of doing big things in the World Cup finals. 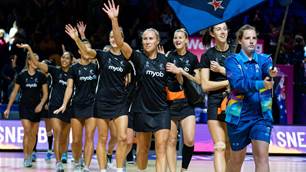 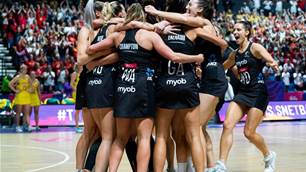