After starting stage two with an imposing win against Barbados, the Diamonds will be looking to continue that fine form which saw them dominate in all areas of the court.

Whilst Australia connected almost flawlessly against Barbados, Wednesday morning’s game may be the last opportunity to do so before Australia face contenders New Zealand later this week. 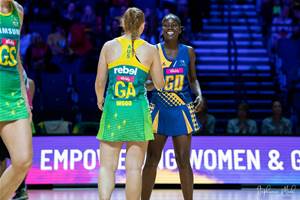 Australia defeats Barbados in their first match of preliminaries stage two. Stephanie Meek (@stephaniemeekphotography) was there to capture all the action

“We wanted to have a look at that tall, big defence end that we’ve got,” Alexander said in her post-match press conference on Monday night.

“We can pop anyone out there at different times to do a job, we saw that with Paige Hadley at wing defence.

“Having those structures up our sleeve is what we are going to need to get ball.”

Yet, ranked number sixth in the World, Malawi should provide more of a challenge for the Diamonds, who have progressed through their previous matches with relative ease.

“(There will be) a little more study now on opposition, we will have a very close look at Malawi,” Alexander ensured.

“Malawi tomorrow will be tough for us. We’ve got to play a little bit differently to combat them.”

However, the loss of star player and Melbourne Vixen, Mwai Kumwenda to an ACL injury will cost them significantly when coming up against the profound depth of Australia. 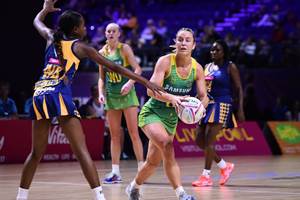 Diamonds down Barbados in convincing win

The Diamonds have continued their stellar start to the Netball World Cup, demolishing Barbados 91 - 22 in their first game of Stage Two.

Yet, following three successive wins, Malawi will be confident their physical and high possession game style will be enough to throw off high ranked teams, including Australia.

It will be imperative for the Diamonds to use combinations capable of continuing their suffocating defensive pressure and speedy attacking transitions, which left no prisoners on Monday night.

Against Barbados, Australia showed the netball world just what they are capable of. Against Malawi, it will be a question of whether, or not this form will be continued – a vital area of importance if Australia are to go on and contest for the Cup.

Watch as Australia and Malawi go head to head this Wednesday from 1:45am (AEST) on Nine.