South take on Bulleen Lions in the NPLW VIC Grand Final on Sunday at AAMI Park (3.30pm) after a 4-0 smashing over Alamein FC in the semi-final.

Ayres, 19, has shone this season for South with 42 goals from 27 games, improving from netting 39 last season.

The teenager has four goals in the W-League for both Melbourne teams but the Matildas veteran says while Ayers is one the rise, she still has a lot to learn.

“I think anyone who’s scoring over 30 goals two seasons in a row sums it up,” De Vanna told The Women’s Game.

“She need a bit of a challenge, she’s a very prolific goal scorer and if you put the ball anywhere in the 15-yard-box and she’ll find it.

“Her tekkers around the 15-yard-box is amazing. In the last couple of games, if she’s not scoring, she’s creating something, but if she isn’t, she’s chasing back.

"That’s something she lacked in her game in the past. 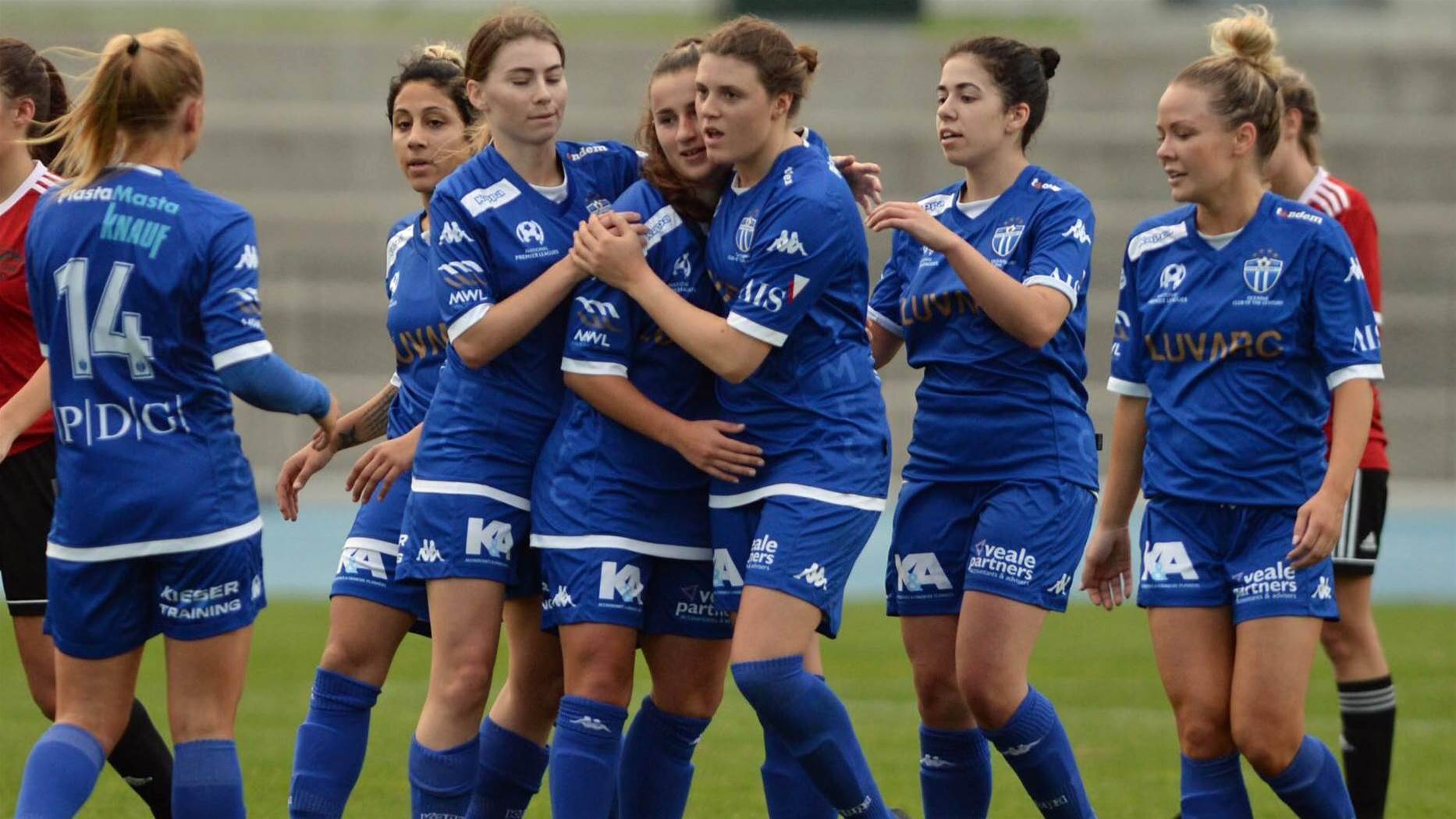 Ayres celebrating with her teammates this season. By Sam Anfield Photography

“We drilled it to her that you can bang in the goals, but what are the off things you need to do to be better? Because you can do things in the NPL, but when you get to W-League level, if you want to take it further, you have to give that extra one percent.

“She was unbelievable against Alamein FC (in the semi-final), she was getting the ball, playing players in and created all three goals. She got rewarded for one.

"Those are the things I like to see in a player and scoring 42 on paper looks great, but take it to the next level, can you do that?”

De Vanna said she would like to see the Melbourne Victory striker try her luck overseas to learn a new football culture.

“It’s growing as a person first, she needs to grow as a person, learn to be independent and enjoy the culture of football,” she said.