The Adelaide Crows are expected to announce their new AFLW coach next month.

Inaugural premiership coach Bec Goddard announced she would not be returning to the Crows and moved back to Canberra to continue her career with the Australian Federal Police.

Goddard will continue to have a presence in Aussie Rules with an assistant coaching role at NEAFL side Canberra Demons.

There are three to four potential candidates that could replace her but AFL.com.au have reported assistant coach and club great Andrew McLeod is the front winner for the position.

In other news from around the league with Collingwood coach Wayne Siekman's contract expected to expire this month and he has not yet been re-signed while Western Bulldogs premiership coach Paul Groves has been re-appointed for two seasons.

Fremantle is still looking for a coach with Brisbane Lions, GWS Giants and Melbourne all not announcing the future of their coaches at the moment. 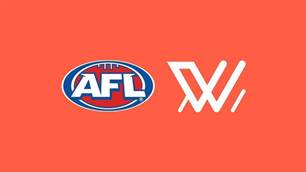