When several Brisbane Roar stalwarts were announced as leaving the club or unavailable through injury, it gave coach Belinda Wilson the opportunity to introduce some new faces to the two time premiership and championship winners.

When several Brisbane Roar stalwarts were announced as leaving the club or unavailable through injury, it gave coach Belinda Wilson the opportunity to introduce some new faces to the two time premiership and championship winners.

For Wilson, there was no doubt where the new blood would come from. It was unsurprising as Queensland has been one of Australia's national team factories since the days of Sue Monteath in the 1970s.

Roar forward Cortnee Vine is one of those undiscovered players getting their run at the W-League.

At 16 years of age, she was brought into the squad from the U17 National Training Centre (NTC) but Vine is no stranger to the Roar or Wilson having lined up with her new W-League teammates in the National Premiers League U15 boys competition.

For a young footballer whose love for the game started when she followed in her brothers’ footsteps, seeing her name in the squad list for the current season was a moment Vine would not forget.

“I felt I completed one of my life goals, it made me cry because it was overwhelming and I had put so much effort into it,” she said.

“My family were happy and cried as well. It was a bit emotional. My brother was really proud.” 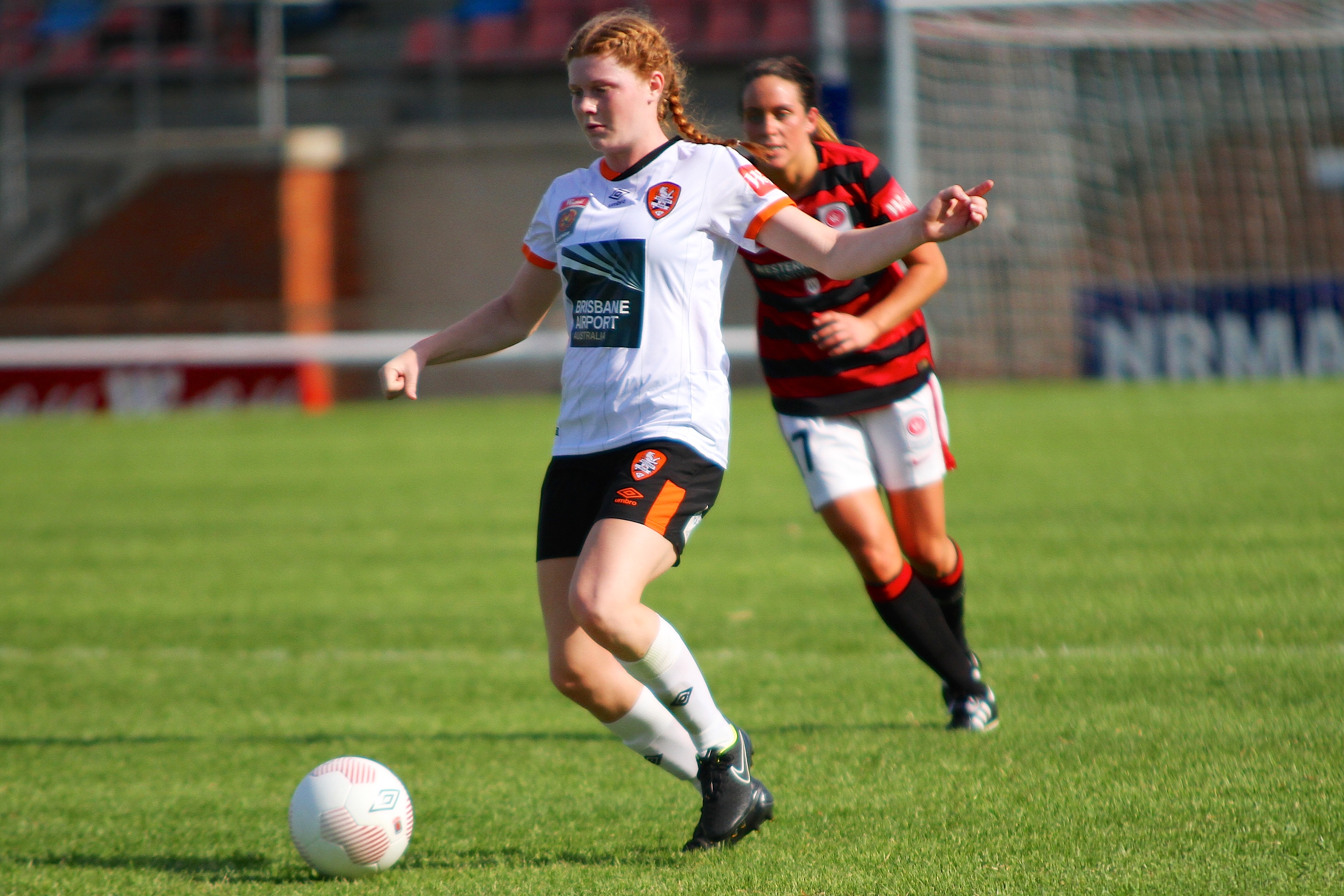 With the strength of Brisbane's forwards and attacking midfielders, Vine is undergoing an invaluable apprenticeship.

Despite not securing her starting IX spot yet, she has become a regular substitute for the squad on game day. Her first match was against the Western Sydney Wanderers and she admitted she was nervous about playing, but felt she played the best she could have.

Despite playing in the NPL boys and training weekly with many of her current teammates, the Roar set up is still a learning curve with the level of intensity between the W-League and NTC one of the biggest differences experienced.

“Everyone is focused and the maturity is really high,” said stated.

“I have to work hard on and off the field. You have to be committed.”

Fortunately for Vine, several players are experiencing the intensity jump and two experienced members of the Brisbane squad have guided her in her first season.

“Gabe [Marzano] she just cracks me up, same with Angie [Beard], they taught me what the W-League is like and have helped me so far this season.”

This season for the forward is all about the learning process, even if there may be limited game time. While she is looking forward to the rest of the W-League season, and possibly sneaking into a starting IX position she admits it is all about the ultimate goal; following some of her teammates into the national team.