Geelong Cats veteran Renee Garing insists her team has hit the ground running in pre-season as they prepare for the 2020 AFLW season.

Speaking to the Geelong Cats website, the 31-year-old school teacher was happy the Cats had their tails up as they look to improve on last year’s disappointing finals exit at the hands of Adelaide.

“Pre-season is going really well,” said Garing. “For all of us being second year in, for me personally it’s a bit different as I was in rehab for a lot of the start of the preseason last year. Its really nice to be in it from the very beginning in all the drills.”

The Cats clinched a finals spot in their maiden AFLW campaign but were thrashed by 66 points by eventual premiers the Crows.  Garing though insisted her team will not be preoccupied with that as they embark on an exciting second season.

“We’ve learned a lot from the first year,” admitted Garing. “Things we want to build on from our game. Obviously scoring. So a lot of our focus is on attack.

“Most of the group is the same as last year and bringing in the new girls and getting to know them, but with everyone else we know how we play so it’s exciting.”

Garing herself will step into the forward line after being in the midfield last year. She kicked three goals against the Western Bulldogs in a 12 point practice match loss last weekend. She admits she is excited about her new role heading into the new season.

“Really enjoying being in the forward line and learning the different aspects of that,” she said. “In the midfield I played a defensive role. Hopefully I can actually bring that into the forward line, if it goes to ground get it to one of the girls who can kick some goals or snag one myself.”

Following on from their inaugural AFLW campaign, the Cats finished sixth with an impressive 8-6 record in the 2019 VFLW. They clinched a finals spot but went down narrowly by 13 points to Melbourne Uni in the elimination final.

Garing believes the time together the team spent over 2019 will hold them in good stead for the upcoming campaign.

“To go into this season more confident and believing in each other and knowing each other better, that is what I am looking forward to the most. Getting out there again.“

The Cats play Fremantle in the season opener on Sunday 9 February at Fremantle Oval. The Cats won last year’s opening game against Collingwood by one point in a thrilling start to their AFLW history and will be looking to start 2020 in a similar fashion. 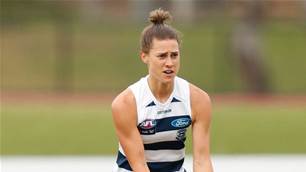 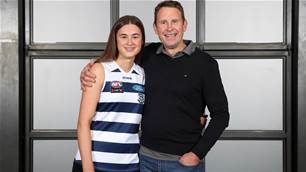 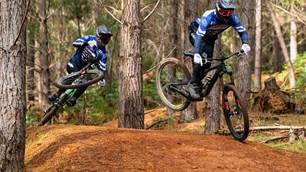