Commonwealth Games medalist Madison de Rozario and Eliza Ault-Connell will compete in the Wheelchair Marathon at the Gold Coast Marathon next weekend.

De Rozario has had a stellar season so far winning two gold medals in the T54 marathon and T54 1500m at the Commonwealth Games before winning the prestigious London Marathon.

i look like i’m just really pleased to be here.

The 24-year-old, who is coached by Australian para-sports pioneer Louise Sauvage, has been the talk of the athletics world.

“I’m looking forward to racing on the Gold Coast course again which holds such good memories for me," De Rozario said.

"The crowd that supported us along the course at the Commonwealth Games was fantastic, they knew all the athletes by name, so hopefully it will be another big crowd next Sunday," she said.

After the Gold Coast Marathon, De Rozario has her eyes set on the Chicago and New York City marathons later this year.

Yesterday. I don’t quite have the words. But... I’ll try. The messages, support completely humbles me. So much belief of what I could do inspires me beyond belief. To race that marathon with streets lined with cheering fans, not only for us Aussies but all us marathon girls was incredible. I simply can’t wait to see how the next few years of racing will unfold. Thank you for all your love and support..... this was truely the biggest team effort. Love you all. . . #silvermedal #marathonmum #gc2018 #proud #aussie #thankyou #comebackmumma #bestisyettocome

She was encouraged by her three kids and was a great opportunity for them to see her compete.

The 36-year-old mother of three set an Australian record for the T54 800m at the Nottwill Grand Prix in Switzerland.

“It’s been incredible to have racing career 2.0," Ault-Connell said.

"This time around I feel like I am a better athlete.

“The Gold Coast Marathon course is beautiful and the supporters along the way make the event incredible.

"I can’t wait to get up there and race next weekend," she said. 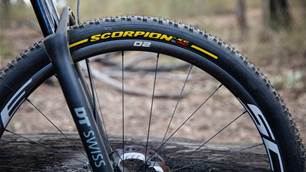