The former Turbine Potsdam and Lyon custodian, who has over 60 international caps for the Steel Roses, started all five of their 2015 FIFA Women's World Cup matches. Fei was also instrumental in China's bronze medal winning performance at the 2014 AFC Women's Asian Cup.

The Chinese FA announced Fei's departure from the training camp overnight through their official Weibo account stating she had left the camp prior to the Olympic Qualifiers due to "personal health reasons".

The assumption was her departure was due to a cut sustained to her hand after chopping up fruit. However, Wang Fei published a now deleted post announcing her retirement from international football citing issues with head coach Bruno Bini. 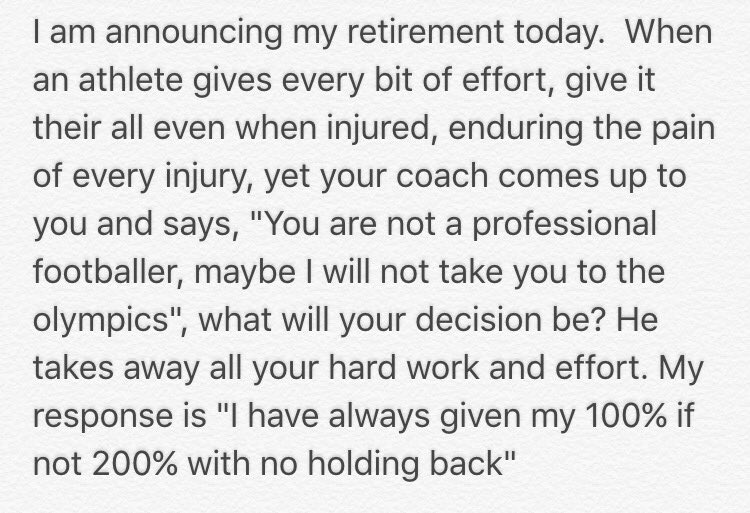 In an interview with French site Olympiennes Et Marseillaises earlier this month, Bini stated that the no. 1 position was not settled especially in light of Zhao Lina performances against the United States and Italy.

"We have five great goalkeepers,"he said. "I haven’t chosen the number 1 yet."