At 19, Canberra United’s Emma Checker is the latest player to suffer an ACL tear this season, during the warm up for a round 12 clash with Perth Glory.

At 19, Canberra United’s Emma Checker is the latest player to suffer an ACL tear this season, during the warm up for a round 12 clash with Perth Glory. It has cut her season short, but Checker is in good spirits after surgery, and chatted with The Women’s Game about the experience and unfinished business.

Emma, was this your first big injury?

Emma Checker: Yeah, I’ve been very lucky in the sense that I’ve never missed more than a couple of weeks (through injury). It’s definitely a big shock. I tore my hamstring at the start of the season, before I came (to Canberra), and missed round 1. That for me, was the biggest injury I had ever had.

Could you tell that it was a serious ACL as soon as it happened?

EC: All the girls that have done it, they always say “you just know!” I think in my head, I was sceptical. Come on, how could you know? But it’s a very different feeling, and sound even. You just know, as soon as I heard a pop I knew. It wasn’t necessarily the pain that caused me to go down, it was more the sound.

How’s is the rehab going a couple of weeks in?

EC: It’s going well. I was very lucky to get in and have surgery 4 days after I did it, so I didn’t really have that much time to overthink it. To be fair, it still seems pretty surreal. Leading up to the surgery, and even after the surgery. 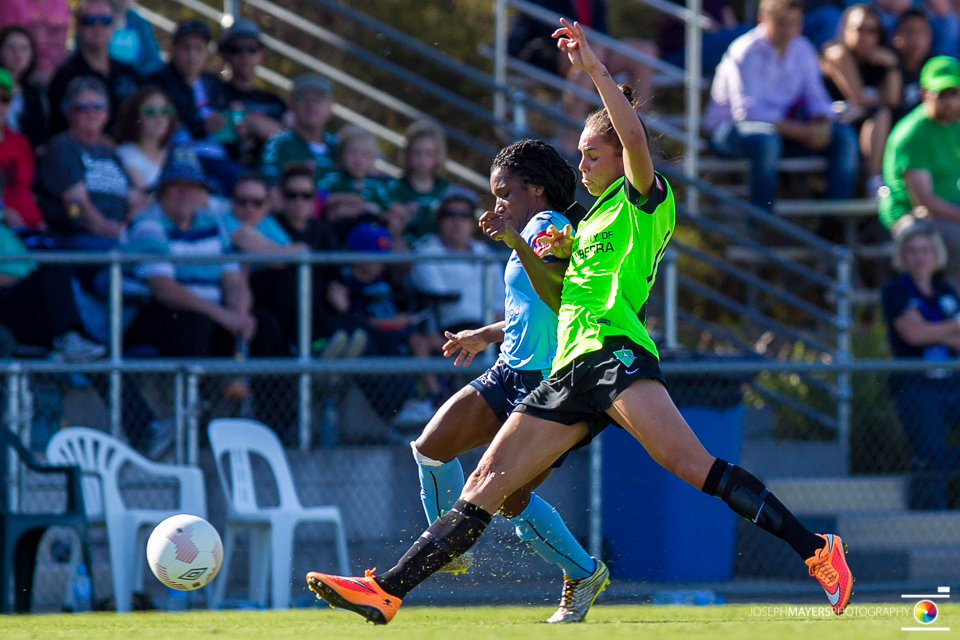 How much of a resource are teammates like Lydia Williams or Caitlin Munoz, members of the knee club?

EC: Yeah, definitely. It’s also reassuring seeing how successful their careers have been, even after going through such a big thing. Everyone’s biggest fear is how they come back from it, and how well it’s going to go. So I think looking at them, and seeing how well they’re still doing, even for Cailtin –three reconstructions on. She’s in her thirties now, and she’s still dominating. So it’s a massive positive sign being able to look at those two.

You’re new to Canberra. You’ve elected to do your initial rehab here, are you loving the Capital? Finding United the right environment?

EC: It’s a mixture of everything. I am absolutely loving being in Canberra. I can’t even put words to how special it is being a part of this club. How all the staff and club responded to what happened made me realise that I was in really safe hands. And I was going to have all the support I needed, whether I had surgery here, or when I got back to Melbourne. I decided I had enough time to start my rehab here, instead of wasting 3 weeks. That was my best option, rather than waiting it out, not knowing what was going on (with surgery).

All of my family are in Adelaide. I have a cousin who is in Canberra, which has been nice, having that little piece of home.

You’re part of the backline that has been central to United appearing in another finals campaign. Are you happy, or is it hard to see your season like that yet?

EC: I’m definitely happy with it. Obviously it’s always hard moving clubs as it is, and I’ve found being a part of the back four, it’s sometimes hard to crack into. But I’ve really enjoyed playing alongside Nic (Begg) and (Ellie) Brushy and having Becky (Kiting), Jenna (McCormick) –whoever it was at the time- I’ve found it amazing. It’s disappointing, because we were starting to really pull it together at the right time, but there’s no reason why the other girls can’t fill my place and do the same role.

It is hard to watch, and feel like I could have an influence on the game but I still have unfinished business and it’s not all bad. You’ve got to see the positives.

Staying in Canberra makes a lot of sense to that end, because there’s still work to do in the squad?

EC: Yeah, I don’t want to miss out on what they’re going through. I think if I were to swap roles with someone else, I’d see it as pretty courageous, facing it, and still being a part of it, supporting the team, as best I can. 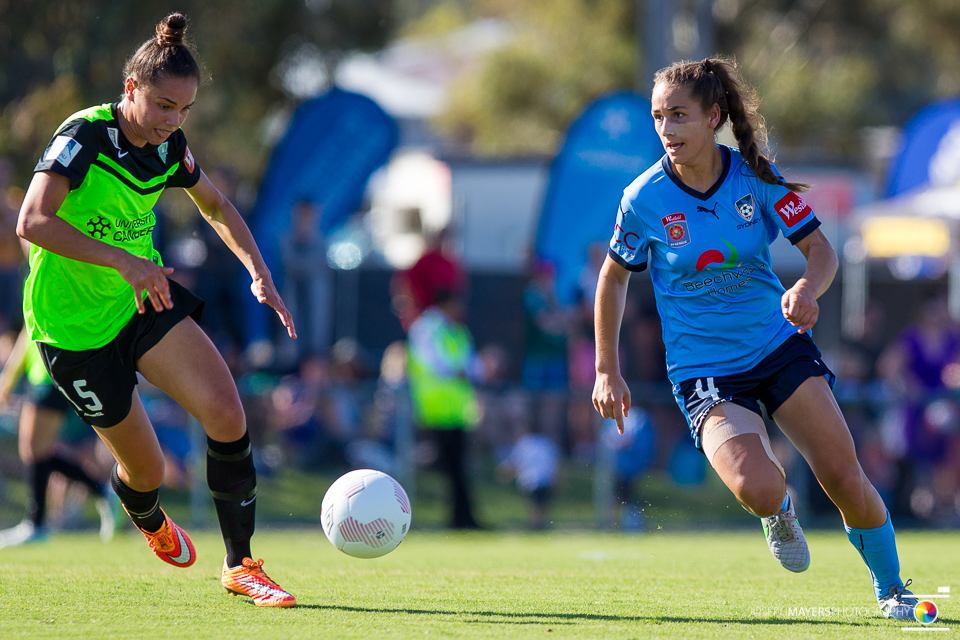 Is the national team still in your sights?

EC: Oh it’s definitely in my sights. Obviously it’s been disappointing not being a part of it for the majority of last year, but I know that I’m young, and I know that I have time and age on my side. I’m not in any rush, but at the same time, the sooner I can crack in the better. I know that I have things to work on to do it.

Have you got thoughts on discussion around the national team and exposing young players too early to too much pressure?

EC: I think it’s a hard one because there are always two sides to it. I feel very lucky that I was able to experience such a high standard at such a young age, but I can understand that at the end of the day if the opportunity is there you’re going to want to grab it, and yet in the long term there are pros and cons. I think it comes down to personal experience, I don’t really know what my opinions are in the end.

Canberra missed out a bit in terms of more travel and fewer televised games with the double headers this season. What was your experience of that?

EC: Again, there are two sides. We probably didn’t get as much airtime as we were hoping for, but our home games are really important, it’s special for us playing at McKellar. I think while it was hard for us to have a lot of time on the road, it worked out well having a stretch of home games at the end.

You’ve come from two clubs (Adelaide and Victory) with A-League teams. What was it like shifting away from that in Canberra, and watching Melbourne City flourish in that professional way this season?

EC: I think there is a difference in that in Canberra any football fan is going to be drawn to the women’s game because there is no men’s game to watch. I think that’s pretty special, the crowds are impressive, there’s always a good fan base. I find that a lot more people in Canberra are willing to take a genuine interest in the women’s team. It does help that the club is very professional as an environment; things are done in that professional manner.

What are you up to outside of soccer?

EC: I’ve started my personal training course while I’ve been over here. I’m in the process of working out transferring that to Melbourne. At the moment I’m pushing that aside to focus on my rehab for a little bit, just to make sure of it. Once I’m a little bit more mobile, I’ll be focusing on that, and my life away from football. I think it’s important to have something on the side, just for balance; but also, with things like this you never know when you’re going to get injured and need to fall back on something else.