Olympian Cate Campbell has joined the fight against swimming's world body as a lawsuit is launched against FINA.

At the moment, swimmers earn $40,000 being a World Champion medalist and $24,000 for being a member of the Australian swim team.

Speaking to News Corp Australia, Campbell critcised FINA for threatening to ban Australian swimmers from Tokyo 2020 if they took part in a new independent competition.

"I know this will probably get me in a lot of trouble with them but I think you need to stand up to it because there are a lot of people getting very rich from swimming but it's not the athletes," Campbell told The Telegraph.

Her comments will be used as evidence in two antitrust lawsuits lodged in the US that elite swimmers were strongly in favour of the new league.

One lawsuit was filed "on behalf of elite swimmers around the world", with the other filed on behalf of the International Swimming League (ISL), which had proposed the new competition.

The ISL said it had been negotiating with FINA about how to set up the new professional league but the talks broke down when they were asked to pay a US$50 million fee.

"FINA made it clear, however, that such coexistence - i.e., FINA's agreement not to threaten the world's swimmers against participating in ISL events - would come only at a steep price," the court documents said.

FINA executive director Cornel Marculescu is said to have made direct threats to three-time Rio Olympic gold medalist Katinka Hosszu and her coach.

ISL cancelled their first event, which was to be held in Italy later this month but with the lawsuit, are hoping to start the competition up next year. 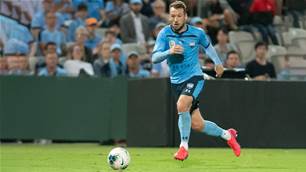