This season we have been blessed and privileged to have a created a family at Melbourne City. The environment created by Joe, the coaching staff and club has been so family orientated.

"To see where we started to where we are now, I take this team to my heart more than any other team."

At it's foundation, City is a community club and in our first season our team has been welcomed warmly into the community. They have created a culture where everything is shared, where we are included.  City has a standard and everyone works hard to meet that. 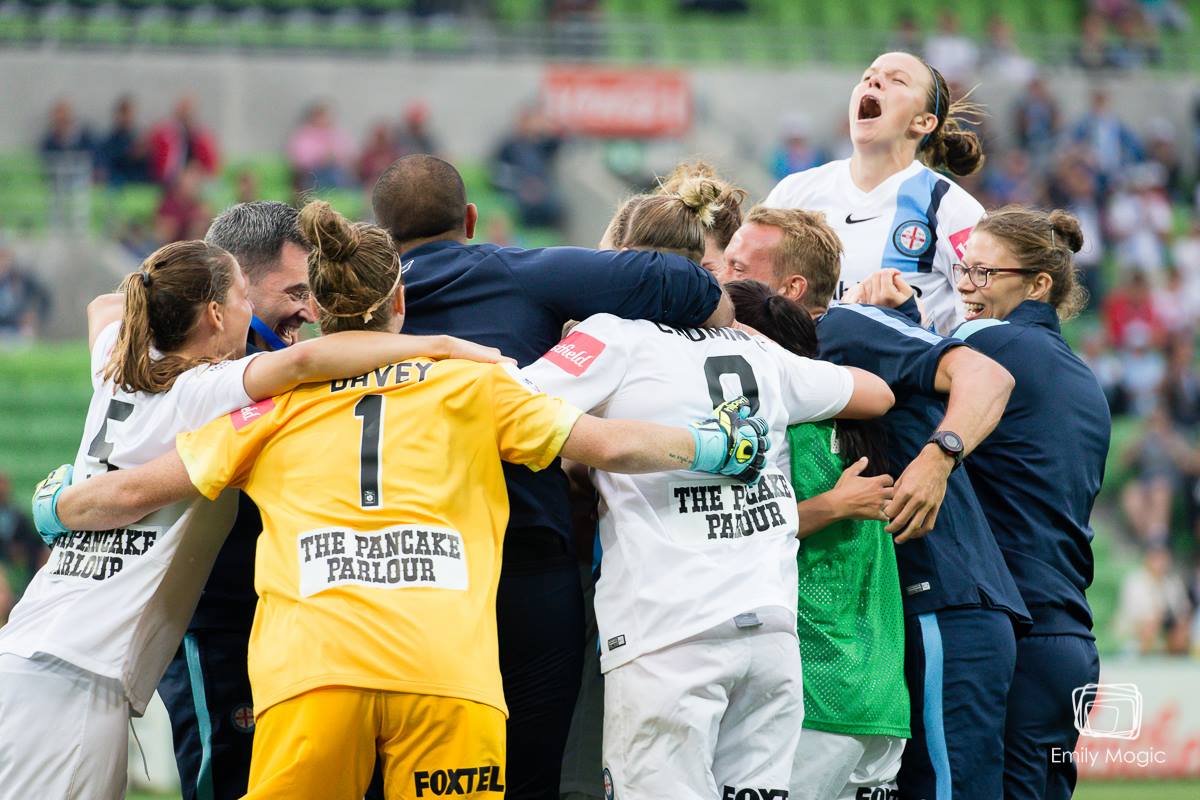 Our team has some great players, world class players.  Players that have lived up to their hard earned reputations.

Jess has one of the best football brains you will ever find. She works for the team and is a master at thinking two or three plays ahead. Kim, with her skills and vision, is incredible on the ball. It makes it so much easier playing alongside one of the world's best midfielders.

Then you have our defence; Bri, Laura, Jennifer, Steph, Rebekah and Anisa who have been so strong all season. It's easy to forget about the defenders because if they do their jobs well, you never hear about them.

For me I also see players like Beattie, like Marianna and Larissa, like Alex and Melina who are growing every day in the way they play and the way they present themselves. They are learning to become like Jess and Kim and Laura. They are the future of the game in Australia.

Like every family, we also has some great characters. It is the characters that have make this team special.

Players like Aivi who always gives 100%, works hard and does the dirty work no-one talks about.

Players like Amy who takes on any role she is given does the simple things so well. Players like Trudy who was there when we needed her early on in the season.

It is the character that got us through a tough semi final against Brisbane.

As the first player signed, this team means a lot to me. Out of all the teams that I have played for it's very close to my heart.

Heading into a third grand final, I know I'm lucky. I'll play in three grand finals and not many people get to do that.

It's a big time in your football life and I can't wait to experience it, to win it with this Melbourne City family.