After six seasons with her hometown club, Matildas goalkeeper Lydia Williams will not be lining up in the goals in Season 9.

After six seasons with her hometown club, Matildas goalkeeper Lydia Williams will not be lining up in the goals in Season 9.

The two W-League Goalkeeper of the Year has informed United that she will not be returning for a seventh season.

"One door closes in one respect and another door opens," said head coach Rae Dower.

"As soon as we were aware that Lydia wasn't coming back our focus was firmly on somebody to replace her and moving forward with the team."

The results of that searched are anticipated to be announced in the coming weeks.

As to where Williams will land, the front runner is defending W-League champions Melbourne City.

Head coach Joe Montemurro has been busy in the off-season looking to fill the gaps within his squad as they look to make history by defending their titles.

One key position has been filled with 2x W-League champion Teigen Allen joining from Sydney FC.  A full time right back, Allen allows for more stability in the City backline after several players rotated through the position last season.  Along with Stephanie Catley at left back, it provides Montemurro with balance on the flanks. 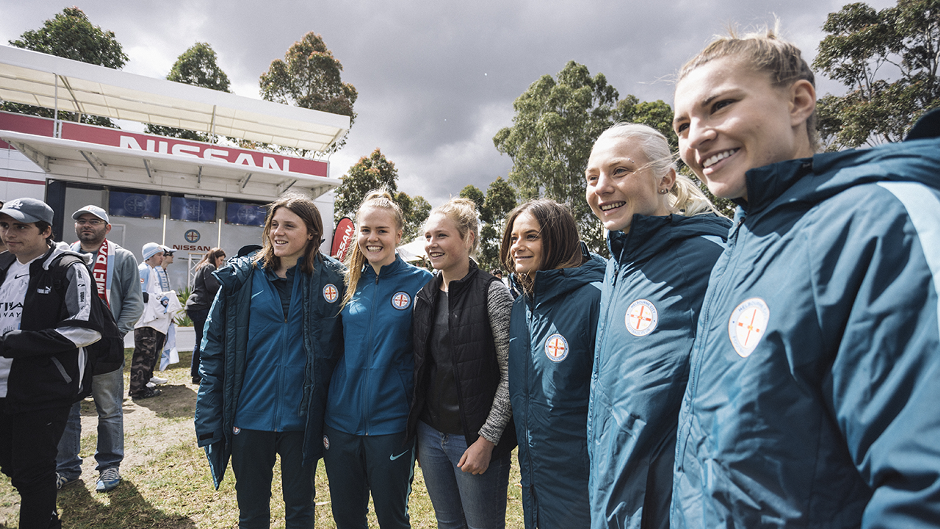 Allen's addition to the City squad as announced at their Family Day on Sunday where Steph Catley was also announced as the club's captain for the 2016/17 season.

Touted by many as a future Matildas captain, Catley is no stranger to the armband after leading former club Melbourne Victory to their 2014 Championship.

"Winning the double in our first season was an incredible achievement, but we will continue to push ourselves as a team and as a Club to raise those standards further," said Catley.

"I’m really looking forward to the challenge of leading the team into its title defence this season.”

“Steph will be an exceptional leader and with her attitude and ability, I’m confident she will drive excellence among the players," said Montemurro.

Although their key names have yet to be revealed, City confirmed the re-signing of young Melbourne talents Melina Ayres, Olivia Ellis and Tyla-Jay Vlajnic committing to the 2016/17 campaign.

"With our women’s team afforded access to the same level of support and resources as our men’s – whether it is access to training facilities, player support or medical treatment – we believe that gives the players the best environment and opportunity to succeed," Montemurro stated.

While good news, there will be changes for the premiers with Kim Little already confirming last season she won't be returning, goalkeeper Brianna Davey moving onto AFL and Young Matildas captain Alex Chidiac heading back home to Adelaide United.

The goalkeeping changes may not be confined to just the Wanderers, Canberra and both Melbourne teams – Perth Glory look they may also be looking for a new custodian with Mackenzie Arnold over the weekend participating in Brisbane Roar's pre-season.

A 2x Goalkeeper of the Year, Arnold has been in the Glory nets for the past two seasons but the Queensland native looks set to line up for her hometown club for the first time with American Haley Kopmeyer not expected to return.

Meanwhile in Western Sydney, former Brisbane Roar and Glory midfielder Gabe Marzano is set to pull on the red and black this season.

Marzano, who is Australia's first female certified Army Work Diver in the ADF, relocated to Sydney for work in the off-season and would add much welcomed pace to a rebuild Wanderers midfield.

The ninth season of the W-League kicks off on 5 November 2016.