Canberra United have become the first W-League team to make a signing for the 2018/19 season as Nikola Orgill and Natasha Prior put pen to paper.

Both players arrive from the Newcastle Jets, where they were part of the run to the finals under Craig Deans in Season 10.

Orgill enters her third W-League season after one year at both the Western Sydney Wanderers and then the Jets.

“My goal this year is to be a really solid, key player for Canberra,” she said.

“It was great to be a starter and make finals last year, and hopefully I can help Canberra get back into finals football, and I’d like to push myself one further and get myself into a Matildas camp.”

For Prior it will be her second campaign after breaking onto the scene last year under Deans, making 11 appearances in the backline in her debut campaign including a start in the semi-final loss to Sydney FC.

Prior also worked with Head Coach Heather Garriock previously in the Young Matildas setup and in Garriock’s first season at Sydney Uni, where they won the Premiership.

“I’m very excited for Heather to be my coach again,” Prior said.

“I really enjoy working with her as a coach.”

“With some of the people that have left there are some big boots to fill but I’m very excited for the challenge and to try and earn my spot,” she said.

Orgill and Prior recently finished a month of training with Dutch club PEC Zwolle, and head to Denmark for another four weeks of training before arriving in Canberra for pre-season. 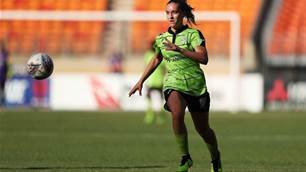