Canberra United and Newcastle Jets will square off at Viking Park on Friday, with each looking to find some goals to address their struggling A-League campaigns.

If Canberra and Newcastle's Friday night A-League Women encounter is anything like their first match-up this season, fans might not want to miss it.

While neither side will play finals, those in attendance wouldn't have forgotten the teams' six-goal thriller on January 30, when four goals in 12 minutes highlighted a 3-3 draw.

And with Jets' coach Ash Wilson prioritising attacking football heading into the clash, more goals might be on offer at Viking Park.

"We're playing that positive brand of football, looking to hurt them in behind whether that's through or around or over," she said.

"It doesn't bother me, as long as we're trying to make sure from an attacking sense that we've got people committed to being positive and I think against the Wanderers in particular, that was the shift in the second half.

"There was a lot more commitment to play positive football. (We need) a little bit more consistency in our technique and our execution."

Stressing Canberra's brilliance on the counter-attack, Wilson said being tidy on set pieces both in attack and defence would be crucial to stopping players like Michelle Heyman and Ash Sykes getting running.

Having failed to win in six games since starting the season with two wins in their first four matches, Wilson urged her troops to take maximum points from the four remaining dead rubbers.

"At the end of the day we need to make sure that we're cementing ourselves as close to that top four as we possibly can," she said.

"We need to keep building and showing that there's been growth ... everyone's motivated to finish as highly as we can and that means going down to Canberra this week, taking one game at a time and finishing this game strongly."

Meanwhile, Canberra's rise in form has been poorly timed - they are undefeated in two games since missing finals.

United impressed early against Melbourne Victory but had to settle for a draw after blowing a 2-0 lead, having earned their first win of the season a game earlier against Western Sydney.

The game is another chance for emerging stars to shine, with 17-year-old duo Chloe Lincoln and Sasha Grove playing vital roles against Victory. 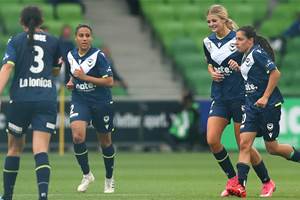 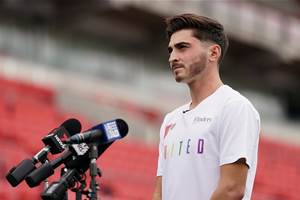