New AFLW outfit Richmond has secured the services of Katie Brennan for the next two seasons.

The 26-year-old announced her departure from the Western Bulldogs on Monday night with the Tigers calling a press conference on Tuesday morning.

"It's a pretty special feeling to make history and be part of something special here at Richmond," she said.

“We can all agree that the club has done a fantastic job so far with the VFL Women’s program.

“I’m really excited to get involved and be part of something really great here.”

What attracted Brennan to the Tigers was how invested in the women's game the club was and the development of players.

As one of the original marquee signings in 2017, Richmond's Head of Women’s Football, Kate Sheahan, is excited to have Brennan on board.

“In Katie, we see a wonderful person and a talented footballer who sets elite training standards,” she said.

“We view Katie as one of the best players in the AFLW competition, and we’re excited by her talent, skill and drive to succeed.

“We have done a lot of work through our VFLW program to build a culture that players want to be a part of, and it is fantastic to now add some experience to our ranks.”

The 2017 VFLW league best and fairest will also play for Richmond during the upcoming season. 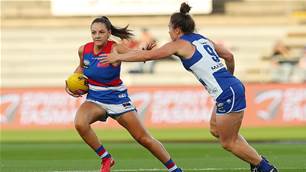 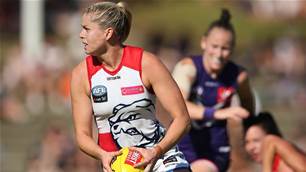