The whispered pre-season exodus from Brisbane Roar is rumour no more with the club confirming six departures ahead of the 2015/16 W-League season.

The whispered pre-season exodus from Brisbane Roar is rumour no more with the club confirming six departures ahead of the 2015/16 W-League season.

Crummer is rumoured to be on the move to new club City while Raso, who is currently playing for Washington Spirit in the NWSL, is in negotiation with several clubs.

It has been a rocky 12 months for the Brisbane Roar, on and off the pitch.

On the pitch the team endured their worst season in W-League history.

Noticeable tensions within the squad played out on the pitch with the Roar finishing the season in second last place, despite the presence of seven eventual World Cup bound Matildas.

Off the pitch, the financial problems of the A-League club have caused unease for the women's team with even suggestions of the federation, Football Queensland, taking administrative control.

Since the inception of the W-League the Roar have long been considered one of the top sides with two championships, two premierships and five grand final appearances to show for it.

Coach Belinda Wilson will have the task of rebuilding the team but with a solid base that is set to include captain Clare Polkinghorne as well as established players like Tameka Butt, Brooke Spence, Emily Gielnik and Katrina Gorry.

"We are in a fortunate situation in that while we have lost some great players, we have some very talented players who have shown week-to-week that they can be counted on and show their talent at this level," said Wilson.

"With several players moving on to new environments, it creates room within the squad for players to stand up and be counted and push each week for a starting position."

"We have many players who have been waiting in the wings who have shown in our off-season program that they can step up and adapt to the way we wish to play."

Wilson, who will be under pressure after last season's results, will also be turning to the key members of the Brisbane Roar side who plays in the National Premier League's U15 boys competition.

"This is where Brisbane Roar's 12-month program is very beneficial as we do not need to panic and sign players in a hurry to fill gaps," she continued.

"We now have a good opportunity to have a look at various players and not only assess their technical and tactical ability, but also assess who they are as a person and see if they fit within our culture and can adapt to the game/training intensities that are required to play in the Westfield W-League." 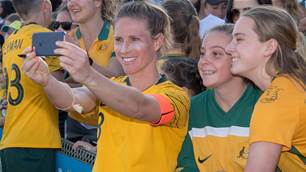 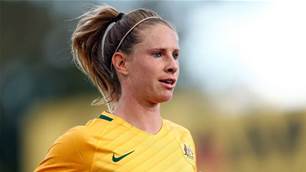 Matildas living legend 'steps back in time' to rejoin Roar