It’s a devastating blow to the clubs and players that have made it to the preliminary finals, but the 2020 season has officially been cancelled.

A press conference with Gillon McLachlan today revealed that the AFL has decided to immediately cancel the 2020 NAB AFLW season and to postpone the AFL season.

As Victoria and New South Wales face an increasingly comprehensive shutdown of nonessential services, this response from the AFL was perhaps inevitable but no less shattering for players and fans alike.

Due to the twin conference structure of the AFLW competition, and therefore the unpredictability of the would-be finals series, the AFL have made the decision not to award the premiership this season.

There was discussion of awarding a ‘minor premier’ based upon performance thus far, but this was apparently quashed due to the idea that this would “contrived” and poorly received.

With a tone of shell-shocked disappointment, McLachlan stated that it is “clearly the right decision to stop” and that the AFL must join the efforts of the community to “work collectively to overcome this crisis”.

He continued to describe the coronavirus as “the most serious threat to our game in a hundred years” and to say that his focus is on protecting the long-term future of the game.

BREAKING | AFL CEO Gillon McLachlan has announced that the 2020 NAB AFL Women's Competition will stop immediately and no premiership cup will be awarded. 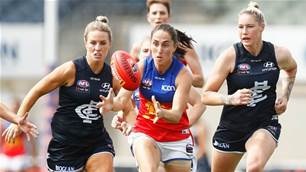 'One of the most contentious aspects of the women's league': Why cancel the AFLW?

All the details behind AFLW's revamped return 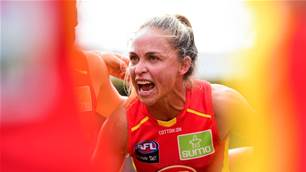 'Do I want to play my career here?': Kaslar takes us behind one of AFLW's most iconic photos