It's an Australian squad fans have been waiting eagerly for and this morning Diamonds coach Lisa Alexander named her Netball World Cup squad.

The Firebirds captain has played 40 Tests and has been a regular at wing defence but 26-year-old has been struggling with a groin injury and her Super Netball side remain winless at the bottom of the table.

However, Alexander who made the squad announcement on the TODAY show, is thrilled with the flexibility of her squad.

“We couldn’t be more thrilled with the final team that has been selected to compete in Liverpool,” she said.

“It’s been a difficult process due to the depth of talent and experience within our Diamonds squad. However, it’s our job to select the team that will successfully compete on the international stage, with consideration for the back-to-back nature and varying games styles within a tournament.

“Some athletes are very unfortunate to miss out on being selected, they’ve done all the right things and we have had some very tough decisions to make – we really feel for those athletes.”

Caitlin Bassett will remain the Diamonds captain and will be supported by Liz Watson as vice-captain, who has been elevated from the team’s leadership group.

It is set to be the first World Cup for nine of the players with only Bassett, Caitlin Thwaites and Paige Hadley the only remaining athletes from the victorious 2015 team.

Sarah Hlau also earned a call-up which it marks her first time in the Diamonds squad and it the only new face with all other 11 players wearing the yellow dress previously.

The team will meet in Sydney for a five-day training camp, before they depart for England on July 3. 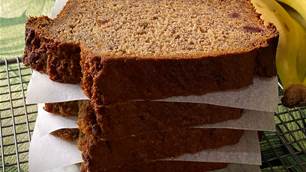