World No.1 Ash Barty will start her 2020 season at the Brisbane International (BI).

During a welcome home celebration at Pat Rafter Arena on Thursday morning, Queensland Premier Annastacia Palaszczuk made the announcement.

The Brisbane International will take place at the Queensland Tennis Centre from January 6 to 12, 2020.

The BI is a WTA Premier tournament and will have an increased prize pool. It will also take place alongside the men’s ATP Cup Brisbane group stage.

“It is going to be very special to play at the Queensland Tennis Centre again. I have always enjoyed amazing support in Brisbane and feel so incredibly lucky to play at home,” Barty said.

The 23-year-old is only the second Australian female player to top the world rankings.

“I have great memories of the packed stands during our Fed Cup semifinal win over Belarus and I know the atmosphere will be just as exciting during the Brisbane International," Barty said.

Barty last played at the BI in 2018, where she fell in the first round to Ukrainian Lesia Tsurenko after spending 2019 at the Hopman Cup in Perth and Sydney International.

It will be her fourth time at the main draw on the pre-Australian Open event.

Tickets for the Brisbane International will go on sale in September. 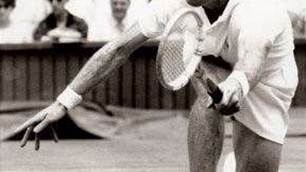