Australian Ash Barty is the first Australian since 1976 to top the women’s singles rankings after winning the Nature Valley Classic.

It took Barty one hour and 28 minutes to overcome her doubles partner Julia Göerges in straight sets.

The win sees the Queenslander become the first player since Evonne Goolagong-Cawley to hold the women's world no.1 ranking.

.@ashbar96 is the #NatureValleyClassic champion and will be crowned World No.1! 🏆

"It's just been the most incredible journey for me and my team," Barty said after the match.

"Jules, I couldn't think of anyone better to share the moment with."

Barty and Göerges retired from their doubles semi-final match on Saturday to prepare for the final.

The opening set was a duel between the pair with exciting rallies and game-changing winners. Barty was able to break first to take a 4-2 lead despite the German being on the path to win the game.

The world no.2 later consolidated the break before winning the first set just two games later.

Göerges was putting up a fight through the match and was matching Barty almost every step of the way, it was just the break in the opening set which separated the two.

The 30-year-old was able to find the break in the first game of the second and rattled off two more games before Barty got herself on the board at 3-1. This small glimpse was enough to give her room to get back in the game and level the scores.

After making it through four games, Barty raced to the finished to claim the win.

"I'm a little bit speechless at the moment, it's been a whirlwind few weeks and year," Barty said.

The 23-year-old plans to celebrate in a calm fashion having to travel to Eastbourne for the upcoming Nature Valley International, which started on Sunday. 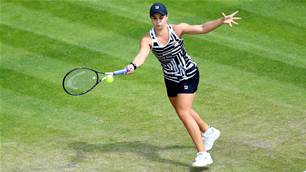 Barty one step away from breaking 43-year drought 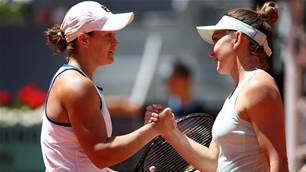