Ash Barty has reached the fourth round of a Grand Slam for the first time with a straight sets victory this morning.

Barty, who is the last Australian woman standing at the US Open, defeated Czech qualifier Karolina Muchova 6-3 6-4 in an hour and 25 minutes.

Despite being ranked No.202, Muchova had beaten former French Open and Wimbledon champion Garbine Muguruza in the previous round and proved she could be a threat to the world No.18.

Barty broke the Czech early in the opening set but she was reeled back to 4-3 before the Aussie was able to break a second time to serve out the set with the second set playing out in a similar way. 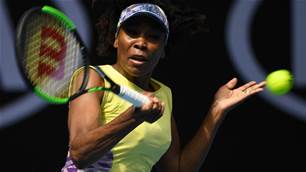