The Women's Aussie Sevens side will be implementing a new game plan if they come up against New Zealand in the Rugby World Cup Sevens this weekend.

The two sides have met four finals, including the gold medal match at the Commonwealth Games with New Zealand taking three of those wins.

It has forced the Australians to change tactics when they potentially come up against the reigning World Cup champions.

"Against New Zealand, it's obviously crucial at the breakdown - they get a lot of turnovers there," Co-captain Shannon Parry told RUGBY.com.au.

"For us, it's about being able to control the ball in attack and being more connected in defence so their steppers can't really step and get around us," she said.

Australia dominated in the Dubai and Sydney leg of the World Series, including a 31-0 final win in Sydney, but they were unable to sustain that through the next three legs.

They agonisingly fell to New Zealand in the semi-final of the Kitakyushu 7s before facing them in the Langford and Paris Cup finals, with New Zealand winning both. The combined margin in those finals was 72 points with Australia only able to score once.

"We've changed a few things up and had a solid three weeks at home which has been really good for us," Parry said.

"Johnny [Manenti] has been able to implement change which has been positive and all the girls have grasped that," she said. 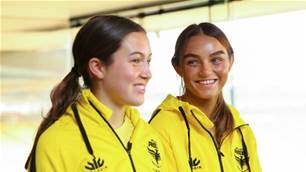 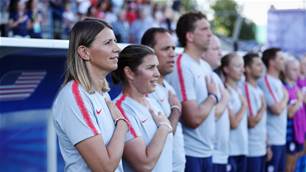