The Matildas have drawn World Cup bound England and the Netherlands in Group A of the 2015 Cyprus Cup.

The Matildas have drawn World Cup bound England and the Netherlands in Group A of the 2015 Cyprus Cup.

The Cyprus Cup Organising Committee have released the groups with Australia drawn alongside 2014 finalists and two time winner England (World No. 6), 2014 Cyprus Cup group opponents the Netherlands (World No. 11) with Finland (world No. 23) rounding out the group.

With a round robin format and a finals day, the Cyprus Cup guarantees the Matildas four internationals including against three nations in the Top 25 and a possible placing match with another World Cup bound nation.

The last time Australia met England was a in a pre-2011 Women's World Cup friendly with Australia claiming victory 2-0 while the Matildas drew 2-2 with the Dutch at their last meeting at the 2014 Cyprus Cup.

The Cyprus Cup is a global invitational tournament held annually in Cyprus since 2008 with the 2015 edition running from 4 – 11 March 2015.

Alongside the Algarve Cup, it is one of the few non-FIFA affiliated tournaments for national teams and over the last couple of years it has grown from 8 nations to 12 nations.

The Matildas concluded their first camp of 2015, with head coach Alen Stajcic,  last Friday with the squad due to reconvene at the AIS on Monday.

The cycle of almost weekly camps will continue until the World Cup with internationals interspaced throughout the next six months as stated by Stajcic late last year.

This would be Australia’s second involvement in the tournament after they finished seventh in a troubled 2014 campaign. 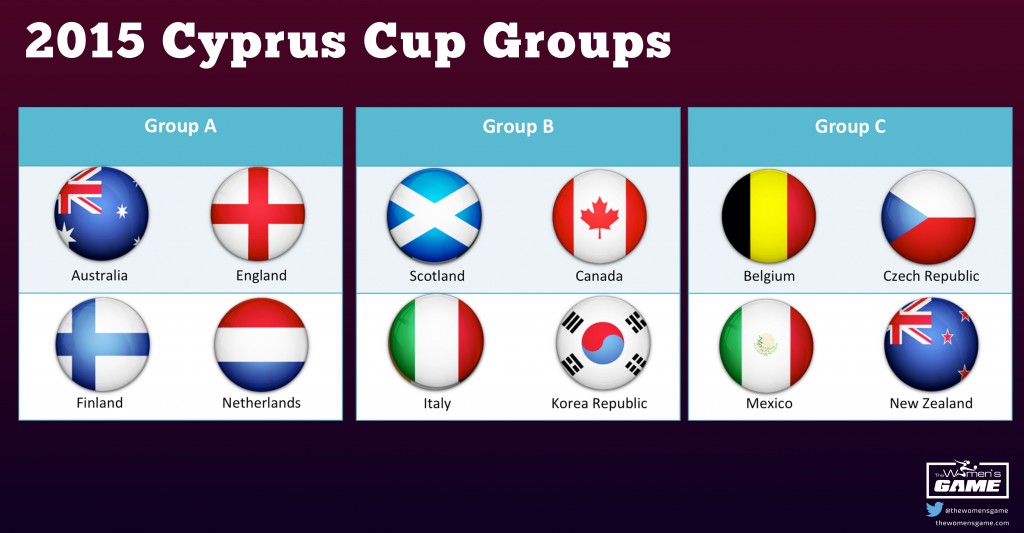