Australia have defeated reigning world champions the United States for the first time in Seattle, Washington.

Australia have defeated reigning world champions the United States for the first time in Seattle, Washington.

A second half goal from midfielder Tameka Butt was enough for the Matildas to claim victory over the USA in their 28th meeting.

The match started off as a cagey affair in the opening five minutes as the teams tried to gauge each other but soon the home side took control with wingers Megan Rapinoe and Mallory Pugh proving dangerous early.

Pugh causes some problems in the 6th minute with a driving run down the right wing before playing into the Australian penalty area with the defence eventually clearing.

Rapinoe - who is currently the leading goalscorer in the NWSL - was on song early as the picked out teammates at will and went at the Aussie goal.

In the 11th minute, the Seattle Reign forward forced a sharp save from Lydia Williams at the near post to keep the scores locked.

The United States continued to pour pressure on Australia as their forwardline stretched the Australian defence earning several corners.

After weathering the USA pressure, the Australian midfield through Katrina Gorry slowly started to wrest back control.

Naeher began to be put under regular pressure and in the 20th minute she was forced to clear hastily as Sam Kerr charged her down.

From the 25th minute Australia controlled the midfield and the game with patient possession, keeping  the ball better and finding space out wide.

The defence were still forced to occasionally clear balls into the box but managed to clear when needed.

Gorry and Butt almost combined from a short corner in the 30th minute with before Gorry sent  a low drive from distance but straight into the arms of Naeher.

Lindsey Horan opened up the Australian defence in the 41st minute but luckily for Australia Christen Press was unable to get good purchase on the ball to cause too much trouble.

Australia had the final chance of the half as Caitlin Foord sent in a cross looking to find Sam Kerr but Naeher was there again to claim just ahead of the forward.

After the break the United States started strong once again with Australia forced to defend several corners early.  The Naeher / Gorry battle continued in the 50th minute with the midfielder again find the arms of the US custodian.

USA looked to trouble Australia from distance as Sam Mewis went with a drive that is deflected just wide.

Australia continued to press the USA attack and in the 57th minute Elise Kellond-Knight's run and cross found the head of Kerr who nodded it over Naeher.

The pressure finally told in the 67th minute when a Australia played a short corner to the edge of the 18 yard box.  The bouncing ball was flicked over by Kellond-Knight into the path of Butt who tucked it under Naeher to break the deadlock.

Minutes late the USA almost found an equaliser immediately when Carli Lloyd forced a big save from Lydia Williams to preserve Australia's lead.

A number of USA substitutions brought some late pressure for Australia with Alanna Kennedy providing a strong covering tackle in the 78th minute.

The 82nd minute saw Alex Morgan outmuscles her Orlando Pride teammate Steph Catley only to fire her effort into the side netting.

In the final minutes the USA had one final chance when Kelley O'Hara sent in a measured ball to find Crystal Dunn but Dunn's effort was smothered by Williams for a corner.

Australia held on in the final minutes to claim a confidence boosting win over the world number 1.

Australia next takes on AFC compatriots Japan on Monday, 31 July 2017. 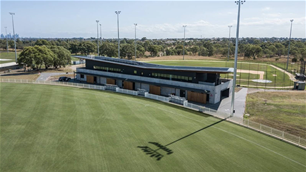