The home nation of women's number one Ash Barty is backing a historic suggestion to merge the WTA and ATP tennis governing bodies.

It's a question that's been posed, albeit rather silently, for some time.

But the outbreak of the COVID-19 pandemic and the huge toll it's taken on the tennis season, with fights over Grand Slam rescheduling and the disparate effect on lowly-ranked tennis players all coming to the fore, has forced the wider conversation into the spotlight.

That, and Roger Federer, who broke new ground when he took to Twitter to suggest the governing bodies for men's and women's tennis align.

Just wondering…..am I the only one thinking that now is the time for men’s and women’s tennis to be united and come together as one?

Billie Jean King, who has been leading conversations surrounding the impact COVID-19 is having on women's sport globally, has also been a noted supporter of the decision.

Now, the possible merger has the backing of one of the ITF's most important member federations, Tennis Australia.

Women have been pivotal to tennis' growth in Australia over recent years, with Sam Stosur and Ash Barty the only Aussie singles competitors to win a Grand Slam since 2002.

"So is there a way where you bring those seven governing bodies together and you find a solution for a better a future, a future that puts more revenue into the system because the value's higher when combining the men and the women?"

"The objective of global sport should be ensuring that the lower-ranked players get paid more money, that there's more players making a living out of the game. 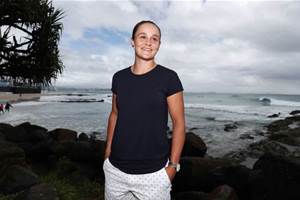 Ash Barty has detailed the struggles she's facing adjusting to a strange COVID19 period so far.