Australia takes on hosts New Zealand at Bill McKinlay Park in their second and final match of the tri-nations series in Auckland.

Australia takes on hosts New Zealand at Bill McKinlay Park in their second and final match of the tri-nations series in Auckland.

The match is the Matildas second match in just over 48 hours following their 2-1 win over DPR Korea on Tuesday.

It was messy and desperate in parts and polished and world class in others but most of all, for the confidence of the squad, it was a winning start to 2015 against a top 10 nation.

With an unfamiliar combination, defensively the Matildas held up against significant pressure from world no.7 DPR Korea. That was also in part due to some brilliant goalkeeping from Brianna Davey.

Clare Polkinghorne also continued to be solid and dependable as she held and marshalled the back four as well as contributing what appears to be her annual goal.

In the centre of the park, Katrina Gorry continued 2015 in her Matildas 2014 form; that is, running the show. Up front there were glimpses neat combination work as well as effective use of a pacy front line.

For a number of the players it was an audition for in front of Alen Stajcic for positions that will be scarce.

“There were four or five players either debuting for the national team or returning to the fold after time out of it so there were a lot of players playing for their spot and they all did really well.”

It didn’t all go the way of Australia with DPR Korea controlling large swathes of the match in terms of possession and chances on goal. As a team that aspires to be dictating tempo and terms, ball retention are key especially as they meet hosts New Zealand.

Although Australia has built up some healthy rivalries (Japan and DPR Korea) in the Asian Football Confederation where they now reside, the history with New Zealand pre-dates all others.

From the first 2-2 draw back in 1979, the Trans-Tasman foes have traded dominance in the Oceania region.

While it has almost been 25 years since New Zealand last defeated Australia, in recent times the Football Ferns have begun to emerge as more than nuisance value on the world stage.

Thanks to the progression of their players who ply their trade in the big European leagues (Germany, Sweden, England) as well as the US and Japan, New Zealand now possess a core of players who make them challenging opponents.

The last 18 months, New Zealand held big names like the USA, Japan, Brazil and Norway to draws, playing some proactive and attractive football along the way.

Even without the regional rivalry in play, this match would be a tough challenge for the Matildas.

Once again Alen Stajcic will leave all guessing on the line-up for the match.

Last start saw a mix of experienced and "trial" players in different positions. Stajcic also made the most of the substitutions with all in all 17 players gaining their first minutes of 2015.

Whether a similar line-up will get the nod, mimicking World Cup conditions, or a fresh XI commences the match is the question.

There are advantages and disadvantages for both but as this is all about preparation and discovering the potential of several fringe players, it is highly likely there will be a change for the Kiwi clash.

The last time these two sides met was in a June 2013 two match series in Canberra where Australia claimed 1-0 win and 1-1 draw. 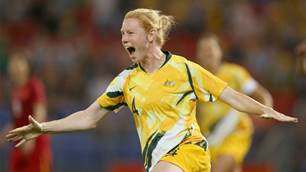 From ‘tuck shop’ to 'true equality' 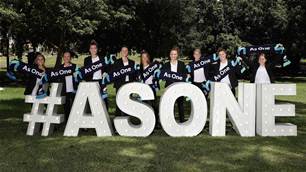